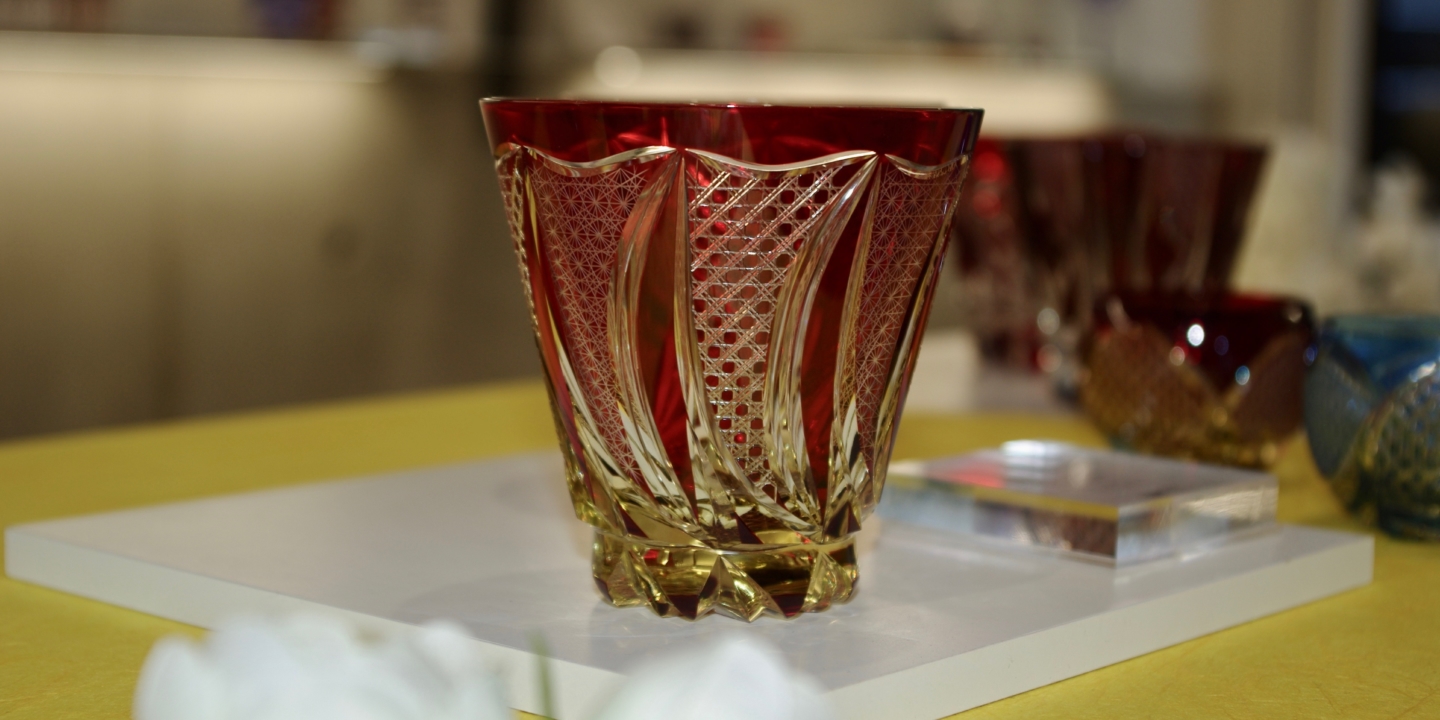 When “playful” and “serious” merge to create art for daily use

Hanashyo is a maker of Edo Kiriko that is lauded globally for its high technical prowess. We had a discussion with Chisato Kumakura, director and eldest daughter of the second generation Ryuichi Kumakura.

“The truth is, at first, both me and my younger brother, who works with me, had plans to walk different paths. When my brother was young, our father took him along on a trip to the U.K. for work, and someone asked him, “Why don’t you want to carry on such a wonderful profession that’s so deeply entwined with Japanese culture? This is not a job just anyone can do.” People from other countries who have a deep respect for artisanal technique often demonstrate such a perspective. What we call “merchandise” in Japan, they call “art.” Whether you look at it as a decoration, or take it in your hand every day, it brings Japan and Tokyo to mind. People value Edo Kiriko highly as an intimate form of art.” 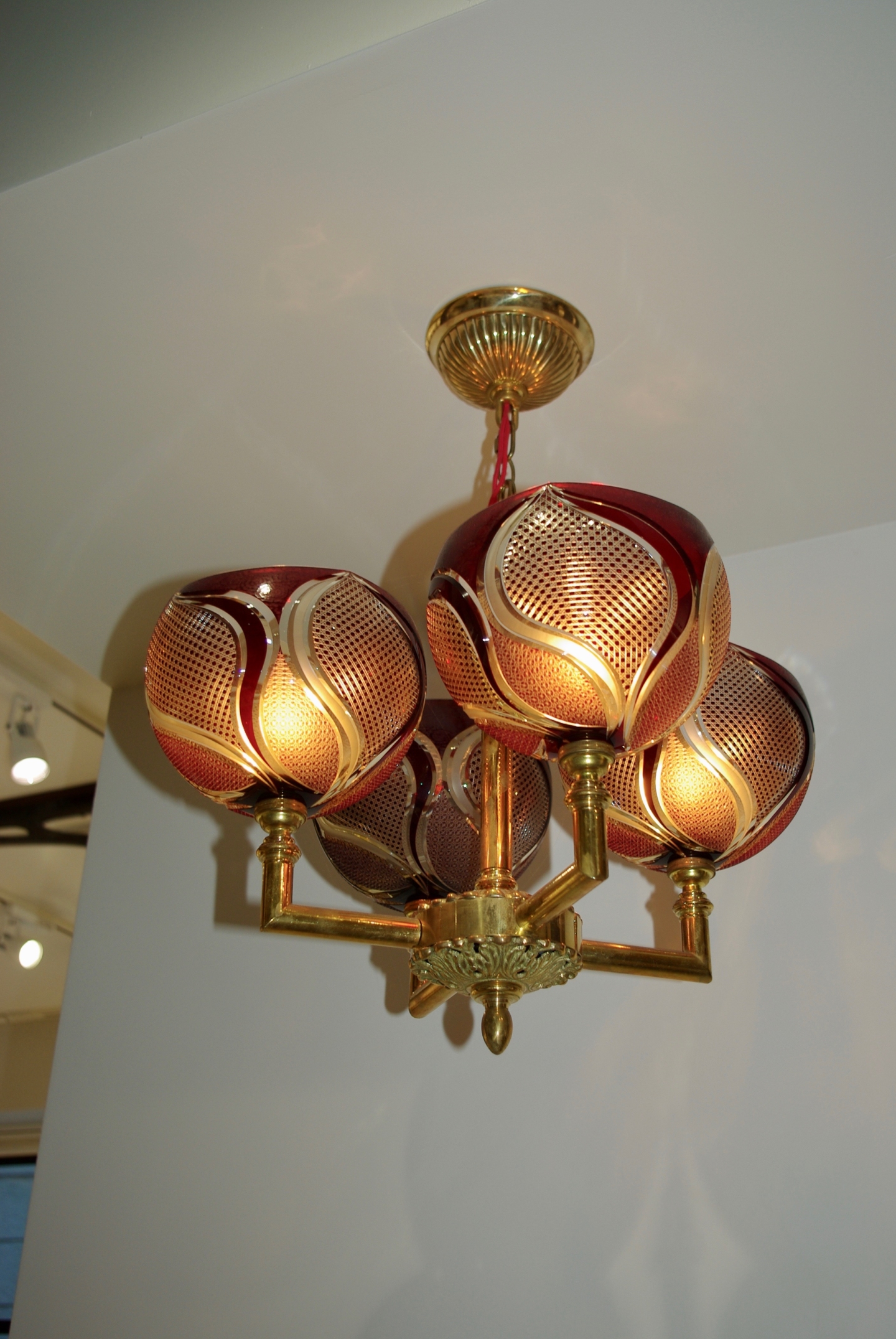 Hanashyo’s Edo Kiriko is “delicate,” “tender,” and “soft,” but such high clarity is also one reason why it is so valued overseas. “It depends on the polishing technique as well, but the contrast with foreign cut glass that has a very sharp image is probably one reason why they say Edo Kiriko has a subdued clarity. A person from another country once told me that Edo Kiriko is “very Japanese, playful, but serious,” and I felt that really hit the mark. Placing an emphasis on “use” and properly crafting the glass all the way down to the bottom of the glass, which you never see unless you actually use it, definitely seems very Japanese.”

Recently, it appears that companies are selecting Edo Kiriko as a gift to send overseas more often. Ms. Kumakura says that for the future, she wants to focus not only on Edo Kiriko’s appeal to foreign tourists, but also on expanding its use in business and increasing the number of opportunities for people to use Edo Kiriko throughout the world. 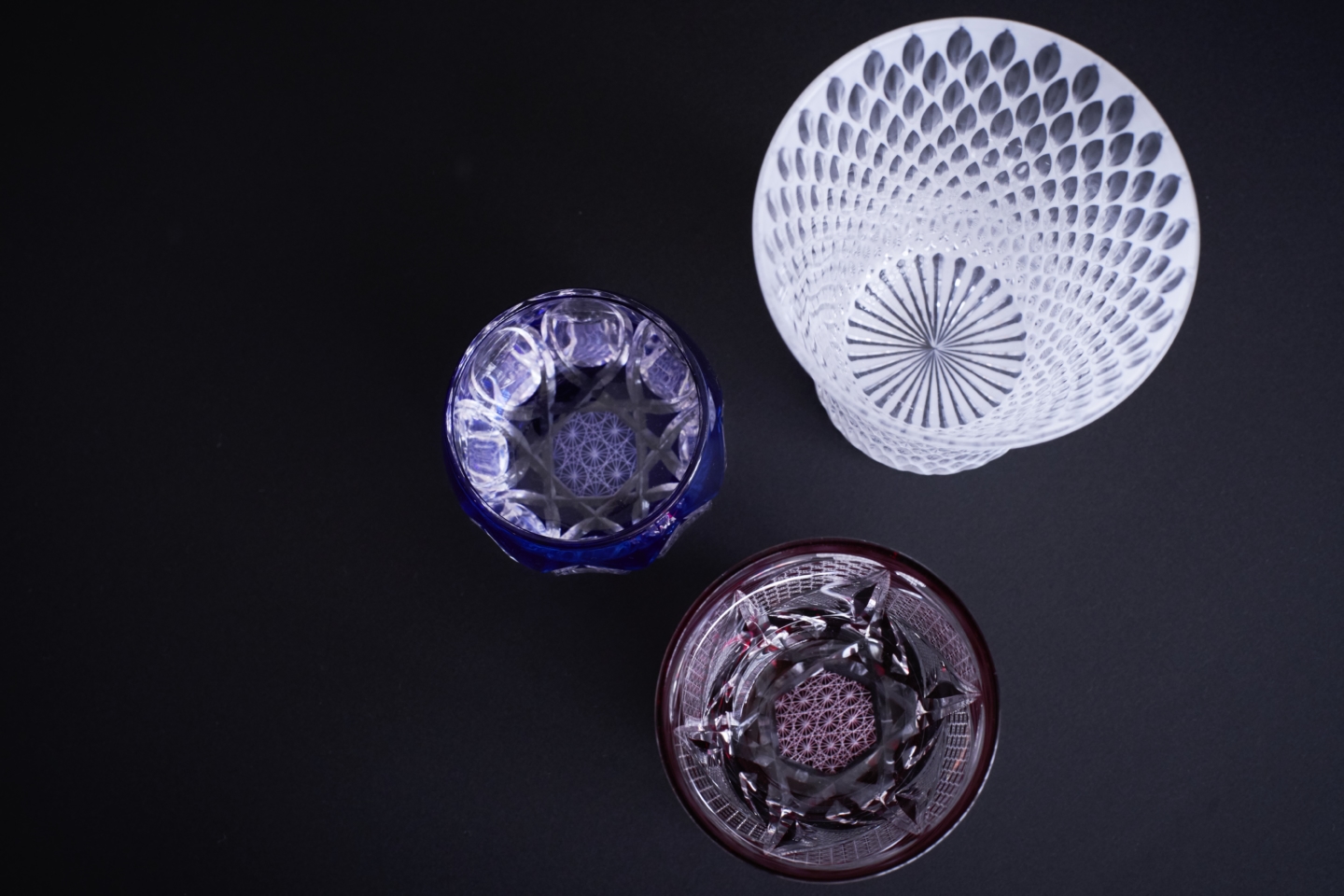 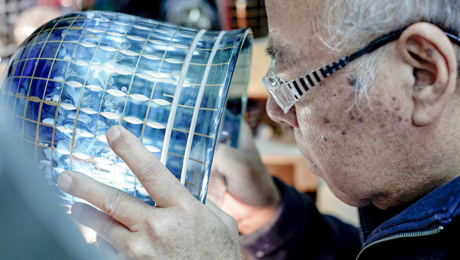