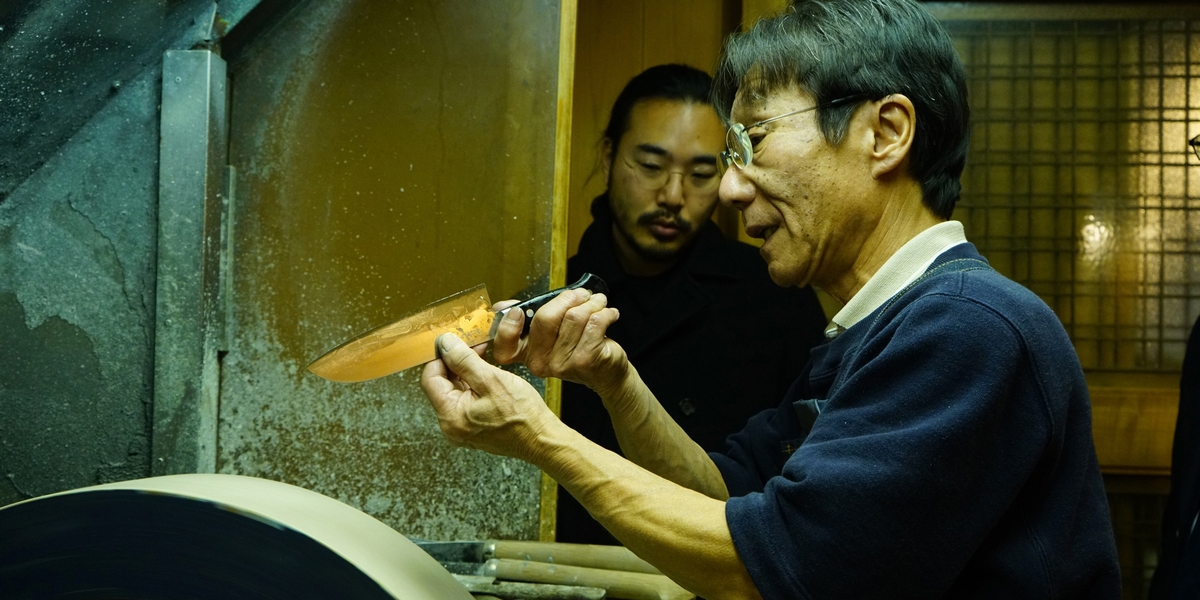 As a craftsman and trader, he offers “quality knives”. What idea lies behind the blade of the craftsman “Ubukeya” and what connection does the owner have with his accessory?

Ubukeya has been a specialized store for the manufacture and sale of knives since 1783. The "Ubukeya" brand is loved by its customers, who say that the blades produced since the first generation, Kinosuke, are very effective for "shaving" (knife, razor), cutting (scissors) and removing hair (depilation). There are still many lovers of Ubukeya’s products today, but what is it that keeps Ubukeya's reputation intact?

Manual labor and tranquility are two sides of the same coin. Added to that, craftsmen have always had a special way of treating their customers.

We are used to mass producing, consuming and throwing away items that are cheap. However, many people still use Ubekeya knives out of love. I asked him what made them so appealing: “Ubukeya knives are inspected by hand and adjusted according to the user. In addition, although this is unusual in the cutlery business, we also repair items that customers purchased elsewhere. This has motivated new purchases and strengthened the bond with consumers. Handmade items are not always the best choice and if another product suits the user, I think it’s a good thing that he gets it, but one of the added values of the craftsman is precisely his “connection with customers”. 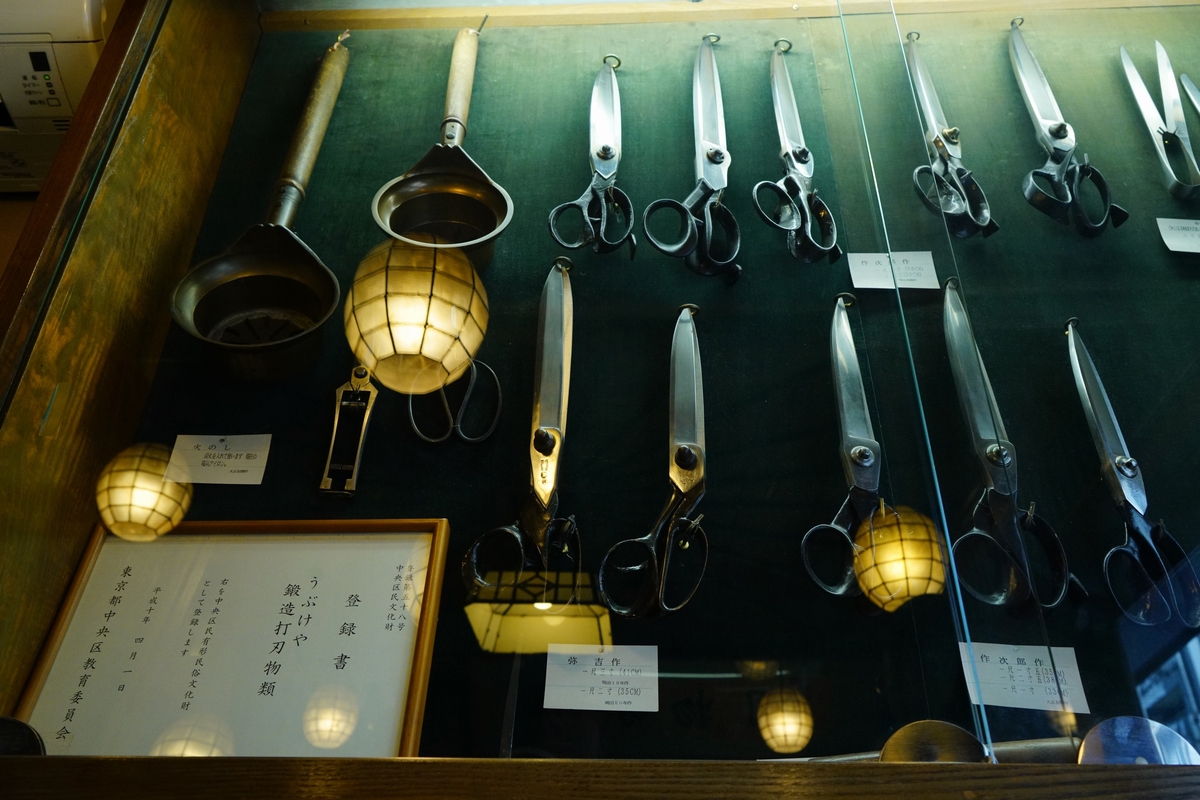 Many valuable carvings are inherited from the Edo period. The soul of the craftsmen who are attached to the manufacture is still alive. 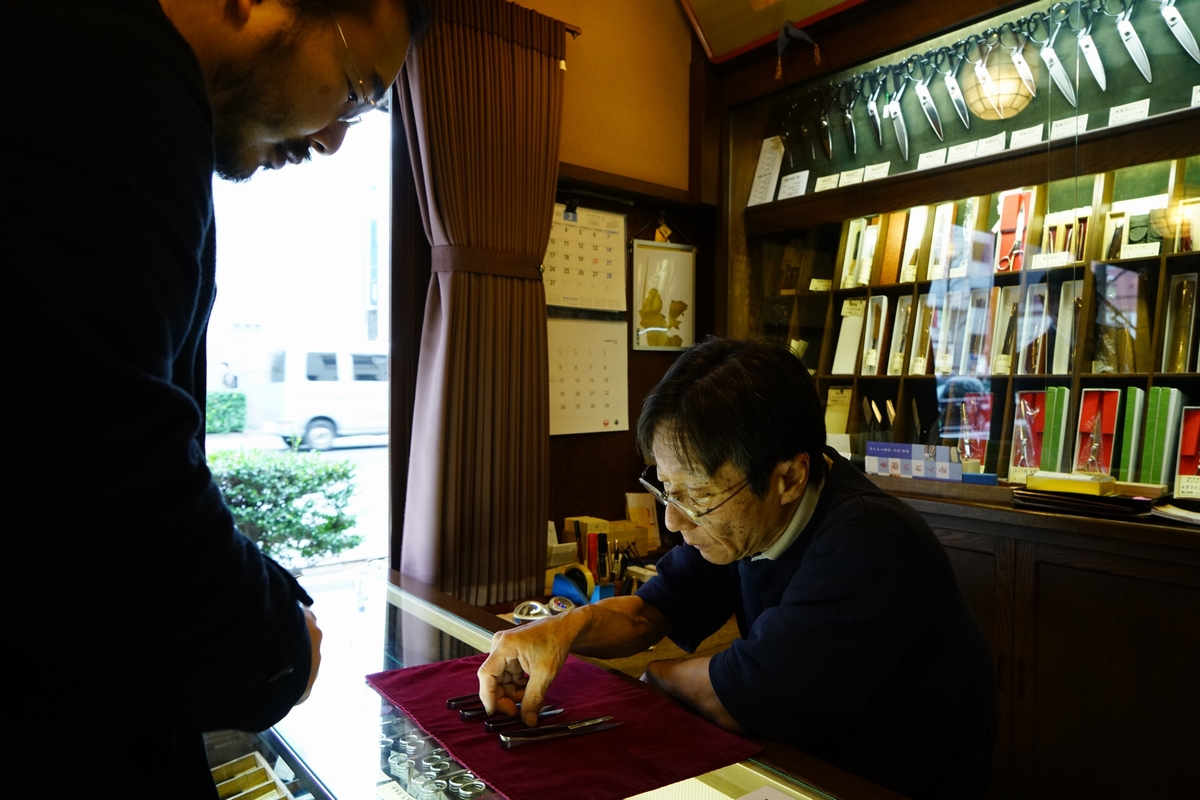 A meeting for the exhibition “EDO TOKYO RETHINK”. The respect of the material is the same for the master as for Tatehana.

Originally, craftsmanship was the norm when it came to cutlery, but since the Second World War, the evolution of trade has separated artisans and traders. However, “Ubukeya” says: “We have established a shop in a long-term manner and allowed skilled craftsmen to make knives and other tools and sell quality products. Such a belief is one of the charms of the “Ubukeya” company and this partly explains why its popularity has not declined until today. In this exhibition, there will be many valued knives that will give you a glimpse of the craftsmanship of the time, as well as tools that will give you an idea of the connection they create between people. If you are receptive, you will surely appreciate the charm of Ubukeya’s knives and you will want to visit the Ubukeya Knife Shop. 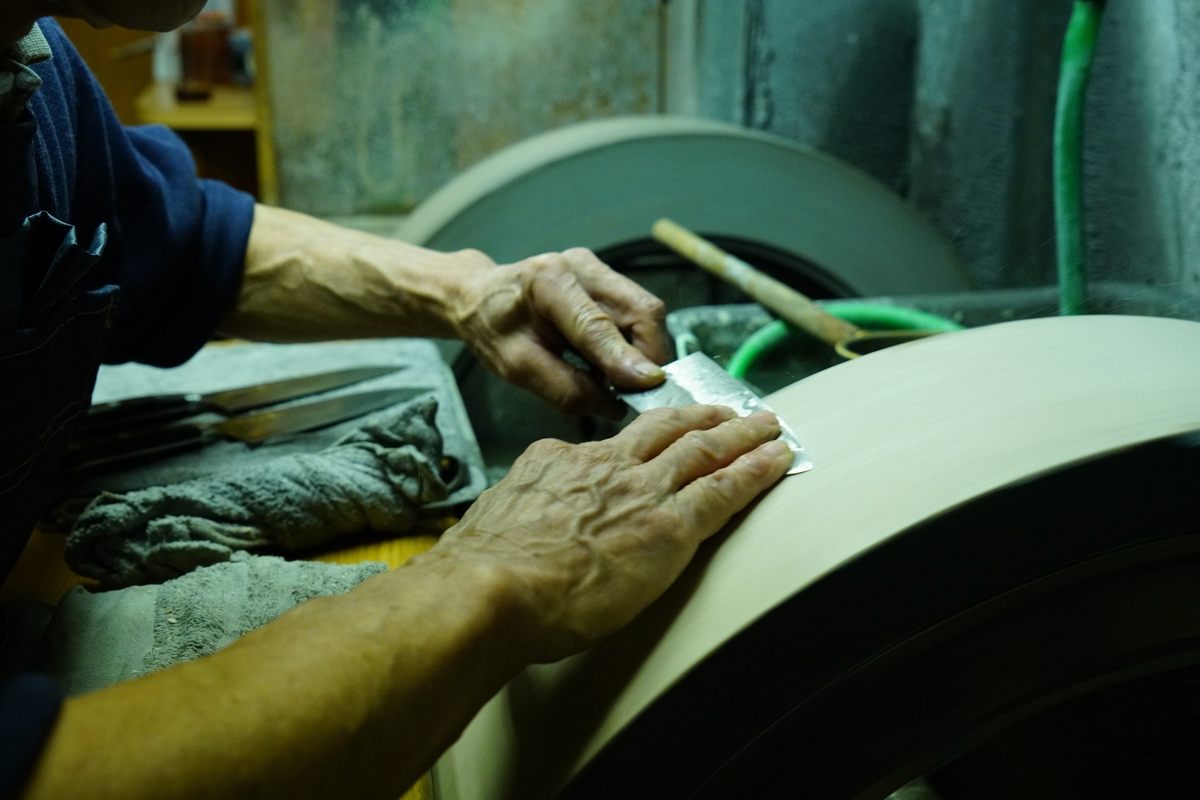 As soon as you enter the store, there is a workshop. It is carefully adapted to meet the needs of each customer.

Ubukeya knives are loved by the whole family and are passed down from generation to generation.

A touch of Japanese culture and style: a tool is maintained and used with care. Nowadays, I think many people are receptive to this way of thinking. The owner of Ubukeya says, “I use the same tools for many years. Especially when I use a kitchen knife, I use it from morning to night, as soon as I have a use for it. When the blade becomes less effective, I sharpen it or change its use. A knife that no longer has the same capacity can be used for peeling, for example. In that case, its life span will then be increased to 5 and 10 years. Cutting scissors -that are used less frequently- can be passed on from grandparents to grandchildren. And they will often become more pointed. If they reach the third or fourth generation, we are talking about very impressive items. At a time when opportunities to meet the producers are scarce, direct contact with the craftsmen and discussions with other customers in which you can participate, such as the ones with Ubukeya, can be an important factor in re-connecting with our objects. Indeed, the “knife” of “Ubukeya” conveys this “connection with the artisans” and a certain “vision” of craftsmanship. Keep up to date with the activities of Ubukeya, which produces fine Japanese knives.