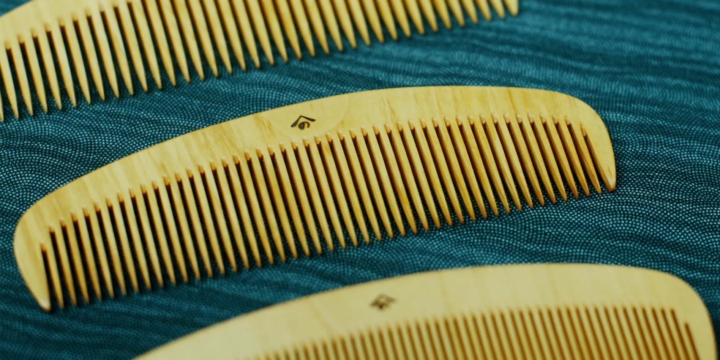 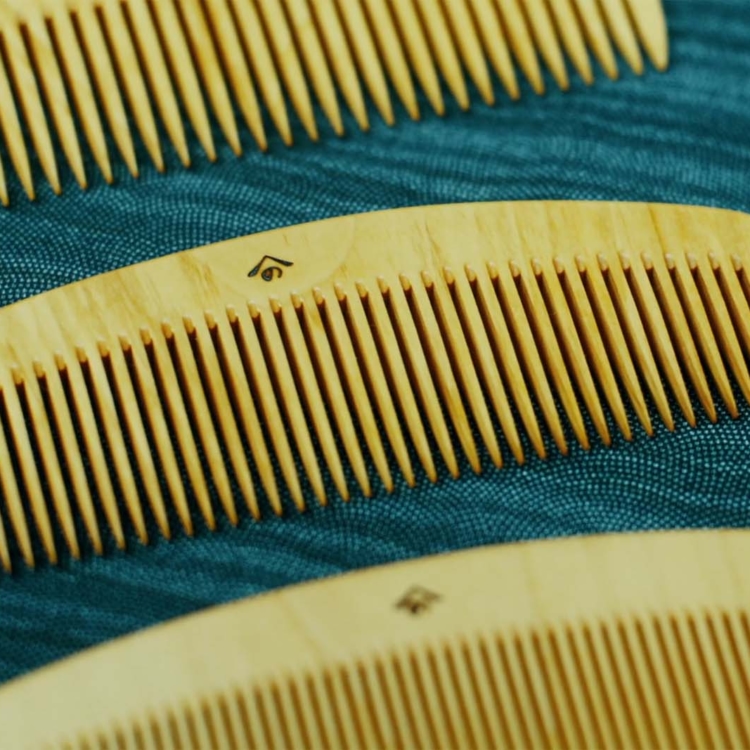 To a future with the tsuge comb, which helps maintain Japanese hair

The tsuge (boxwood) comb, which was mentioned in Man’yoshu—the 8th century anthology of Japanese poetry—has been used to maintain hair since olden times. It was also a popular hair accessory in the Edo period—a time many different hairstyles came into vogue—and it was apparently customary for a man to present a comb to the object of his affections when proposing marriage. In 1717, amidst the Genroku culture of the early Edo period and the flourishing culture of the merchant class, the predecessor of Yonoya was established as a specialist maker of tsuge combs. In those days, the combs were sold wholesale to hairdressers, but starting from the Meiji era, they were made available to the general public.

Yutaka Saito the current owner of the shop. The wood used for tsuge combs is Japanese boxwood grown in the southern part of western Japan, it having the combination of firmness and elasticity suitable for combs. After the wood has been dried and steamed repeatedly to remove moisture, it is cut into the form of combs, and then Mr. Saito himself is involved in the final process of honing and polishing the teeth in his store workshop. In order that the comb goes smoothly through the hair and is gentle on the scalp, the finishing touches are carefully applied and it is finally soaked in camellia oil for about a week. The resulting comb is resistant to static electricity and has a massaging effect on the scalp, while the camellia oil soaked into the comb helps moisturize the hair. Long-time users have also praised the natural shine it gives their hair.

One of the charms of this comb is seeing it change to an amber color over time. If it is regularly treated using camellia oil and the teeth cleaned with a brush, this comb can last a lifetime.

Grandmothers, mothers, daughters. Many of our customers have been using our combs for three generations. Our tsuge comb is gentle on your hair and the environment. We will strive to continue making products that live up to the name of Yonoya so that we can pass on the unique Japanese culture of hair combing to the next generation. 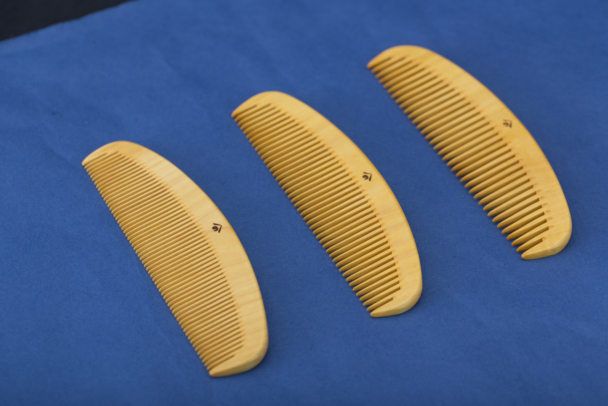 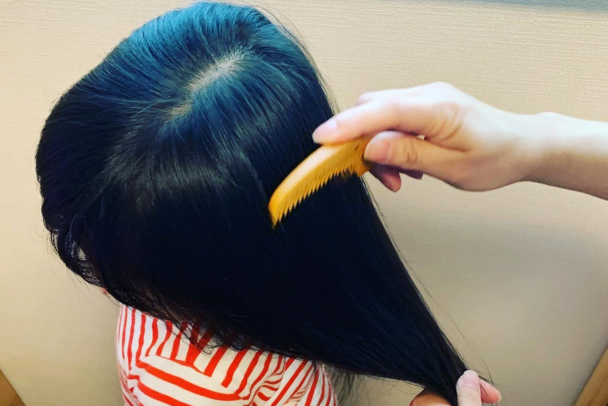