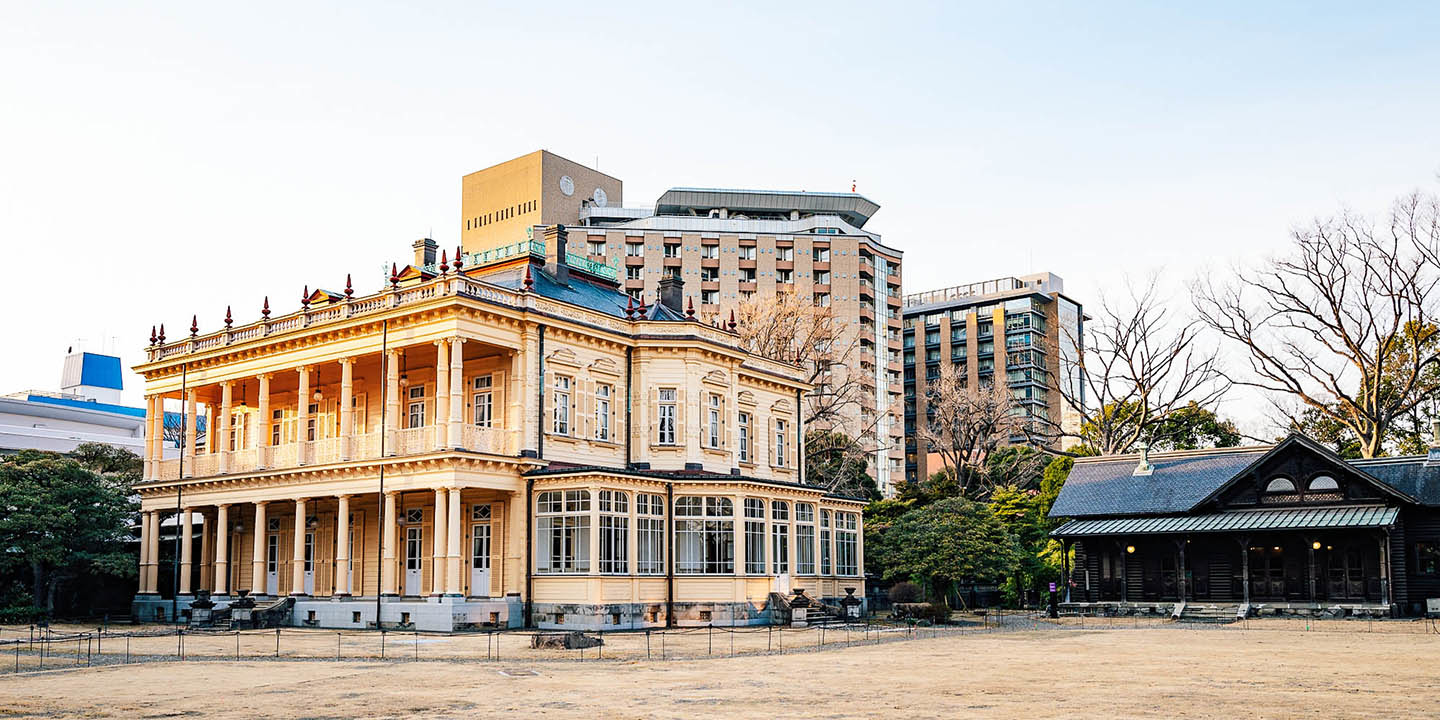 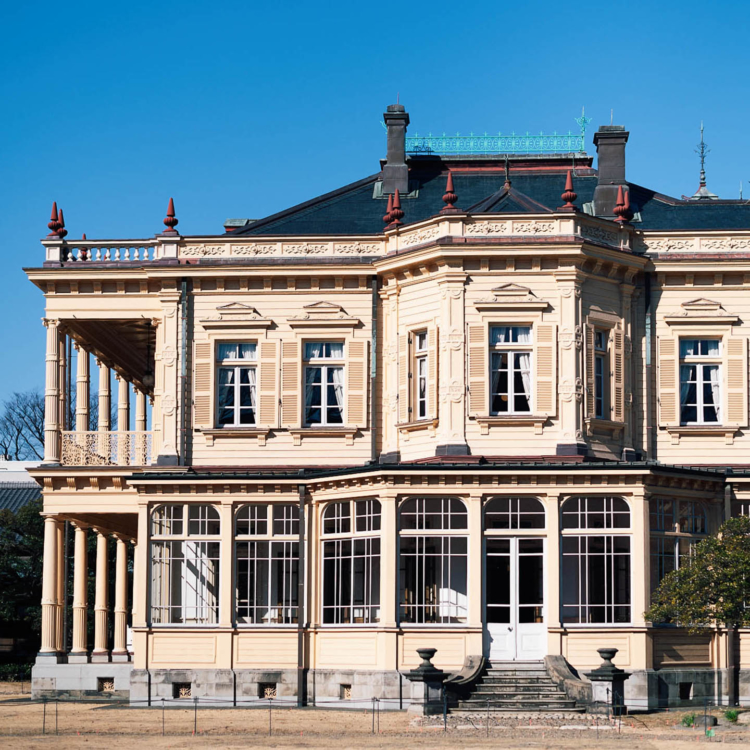 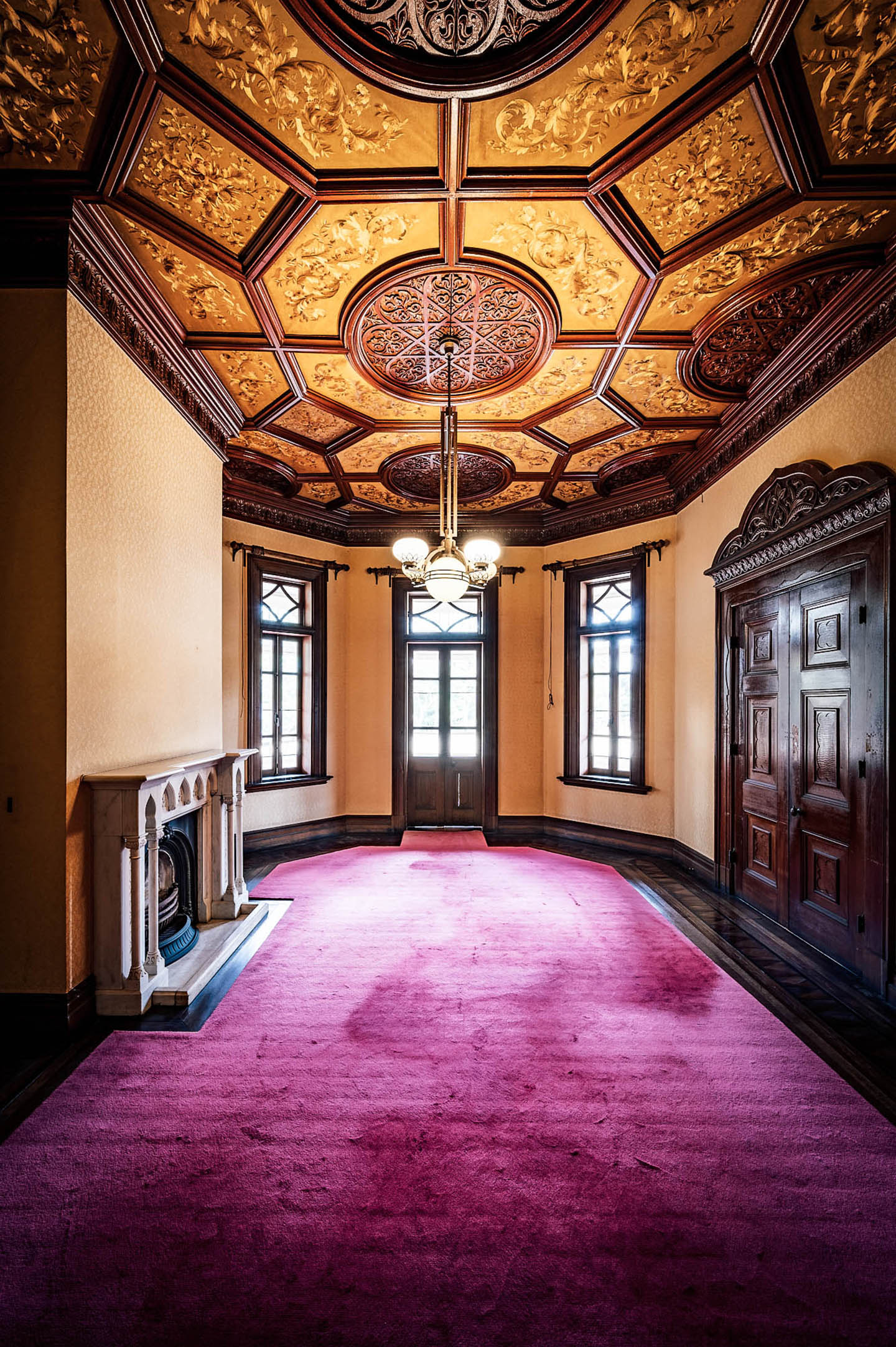 The Kyū-Iwasaki-tei Gardens, built in 1896, has been designated as one of Japan’s Important Cultural Properties. Its designer, Josiah Conder, has been called the father of modern Japanese architecture. Condor, who was born in London, designed not only the Kyū-Iwasaki-tei Gardens but also buildings such as the Rokumeikan, the Holy Resurrection Cathedral, also known asNikorai-do, and Mitsubishi Office Building No. 1.

Since its borders were opened at the end of the Shogunate era, through the Meiji Restoration, and up to today, Japan has adopted elements of foreign culture while making its own unique changes. In that sense, as well, the Kyū-Iwasaki-tei Gardens is an important cultural property that shares the spirit of the Meiji era with modern visitors. 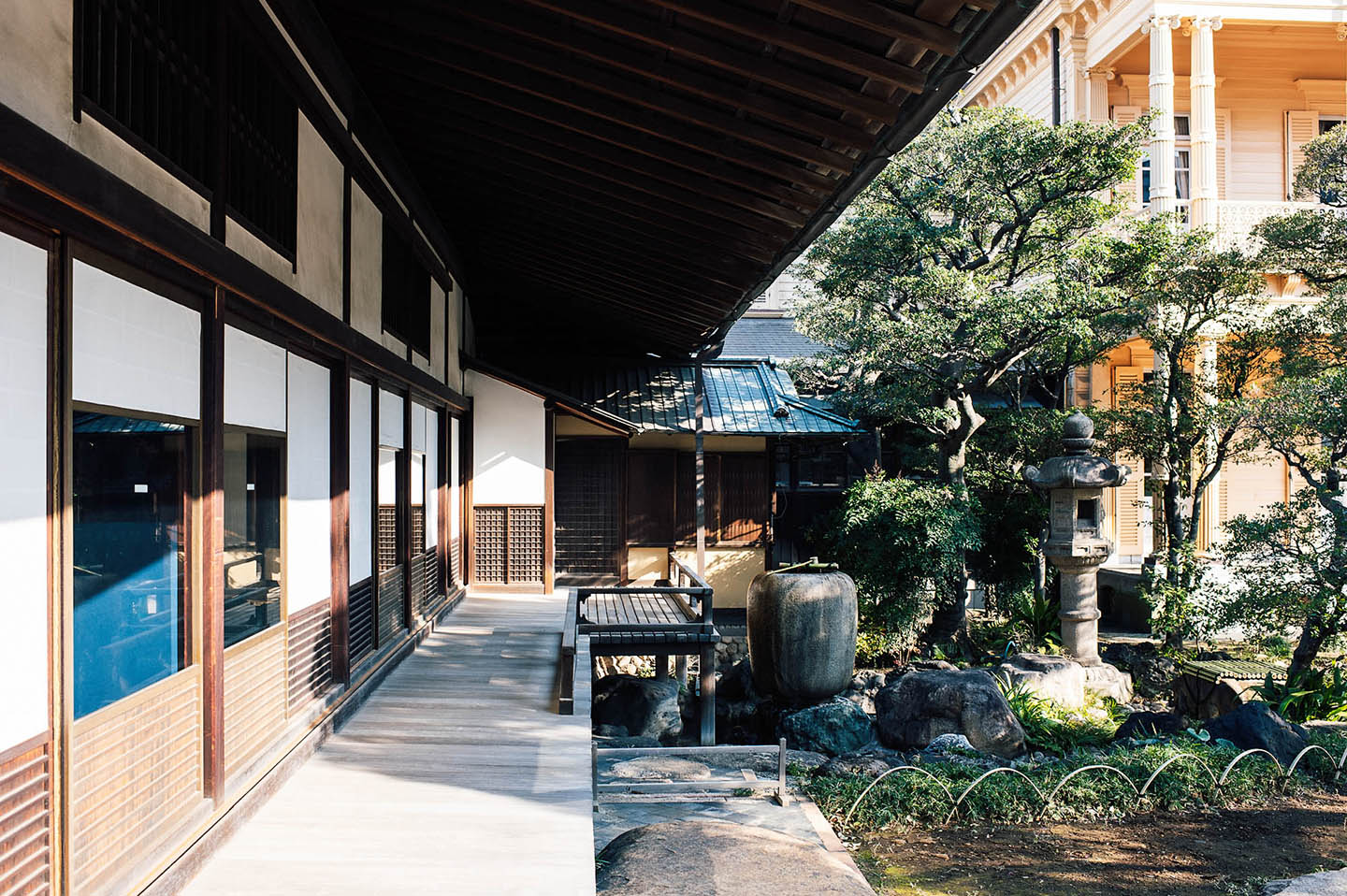 When planning the arrangement of works in an exhibition, the relationship between the works and the space around them plays an important part. The light changes completely over the course of the day, from morning to afternoon and then on into evening. This is a critical element to take into consideration when holding an exhibition in a building such as this one.

For example, the Edo Kiriko Hanashyo works are shown in the sunroom, which has beautiful morning light.
The Wadaiko Miyamoto Unosuke Shoten exhibition is in the 1st floor lady’s guest room, where the evening sun lights up themikoshipalanquin on display. The Japanese-style residence displays the Tokyo Kumihimo Ryukobo works, combining them with its own panel paintings, which date back to when the building was constructed. In this way, the spaces around the exhibited works draw out and further highlight their allure. 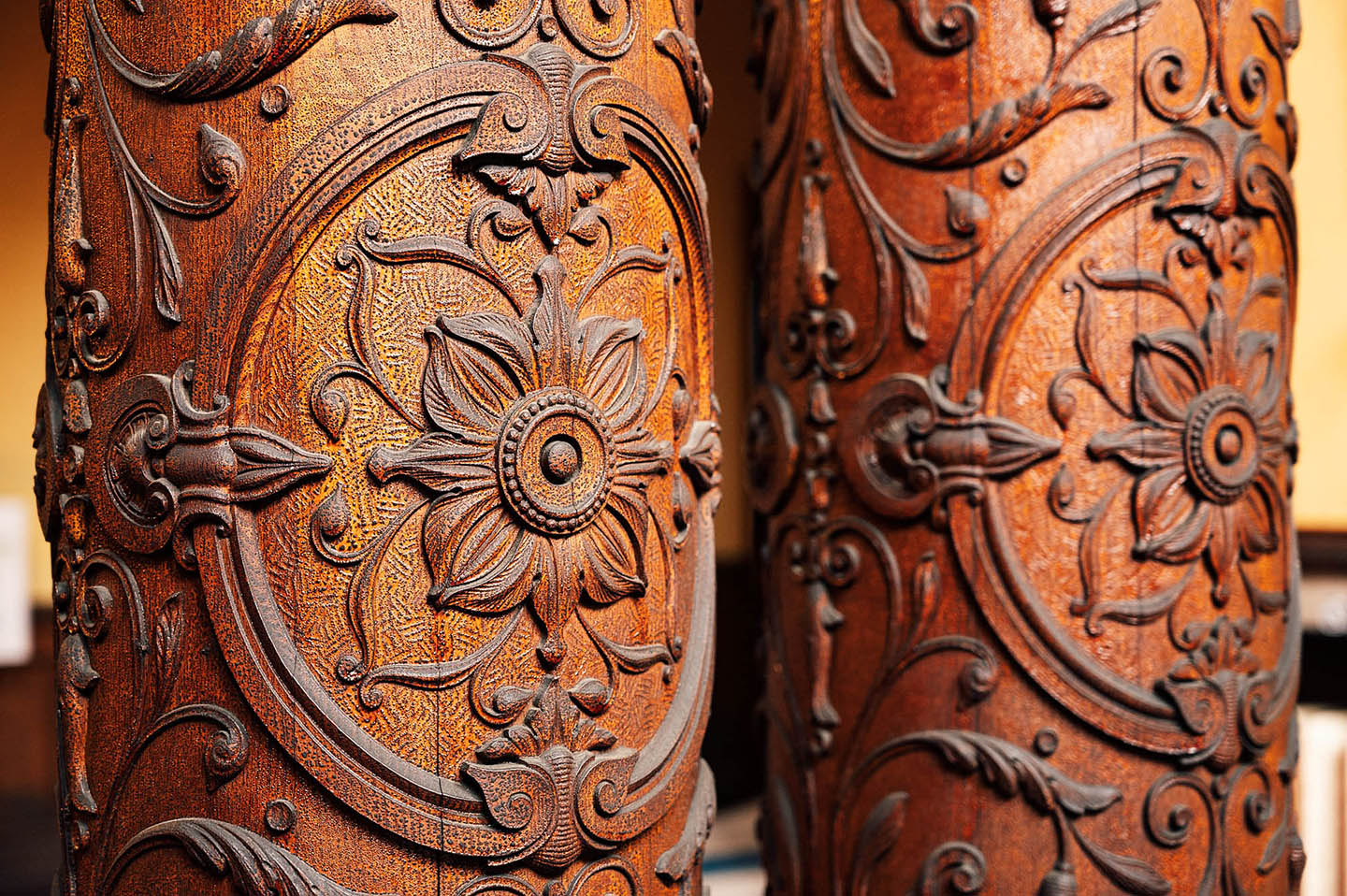 The most appealing elements of the building itself are its decorations, dotted throughout the Western-style residence. These decorations weave together various styles based on the Jacobean style that was popular in the 17th century. Visitors are welcomed to the great 1st floor stair hall by the floral decorations, pillars decorated with plant-themed patterns, Islamic-style entryway tiles, stained glass, and aesthetic elements.

The second-floor guest rooms, with their restoredkinkarakawashi, gold-embossed Japanese wallpaper, are precious windows into the past, overflowing with the allure of expert craftsmanship.
Kinkarakawashiis a unique Japanese craft, inspired by European wrought leather wallpaper but made using Japanese washi paper.

Photo: GION
*All necessary safety precautions were taken during the interview as part of COVID-19 prevention. 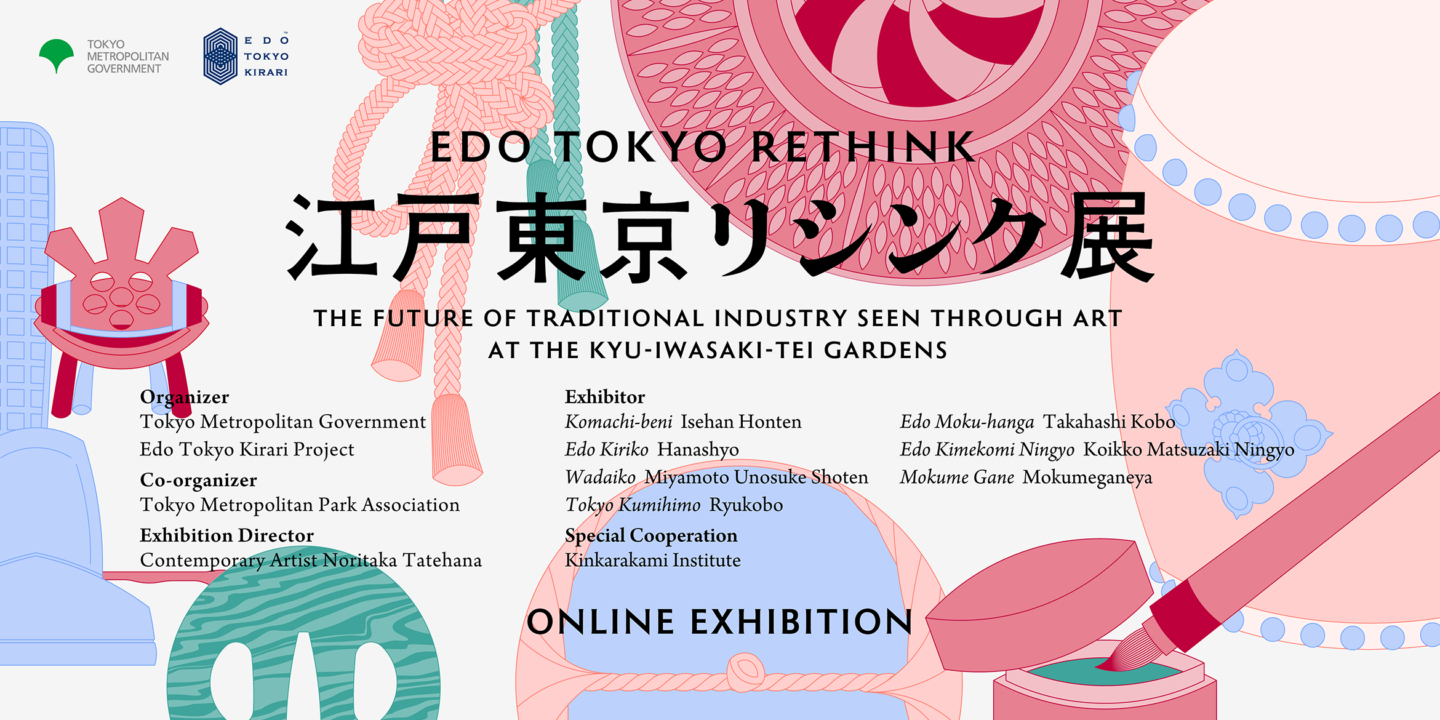