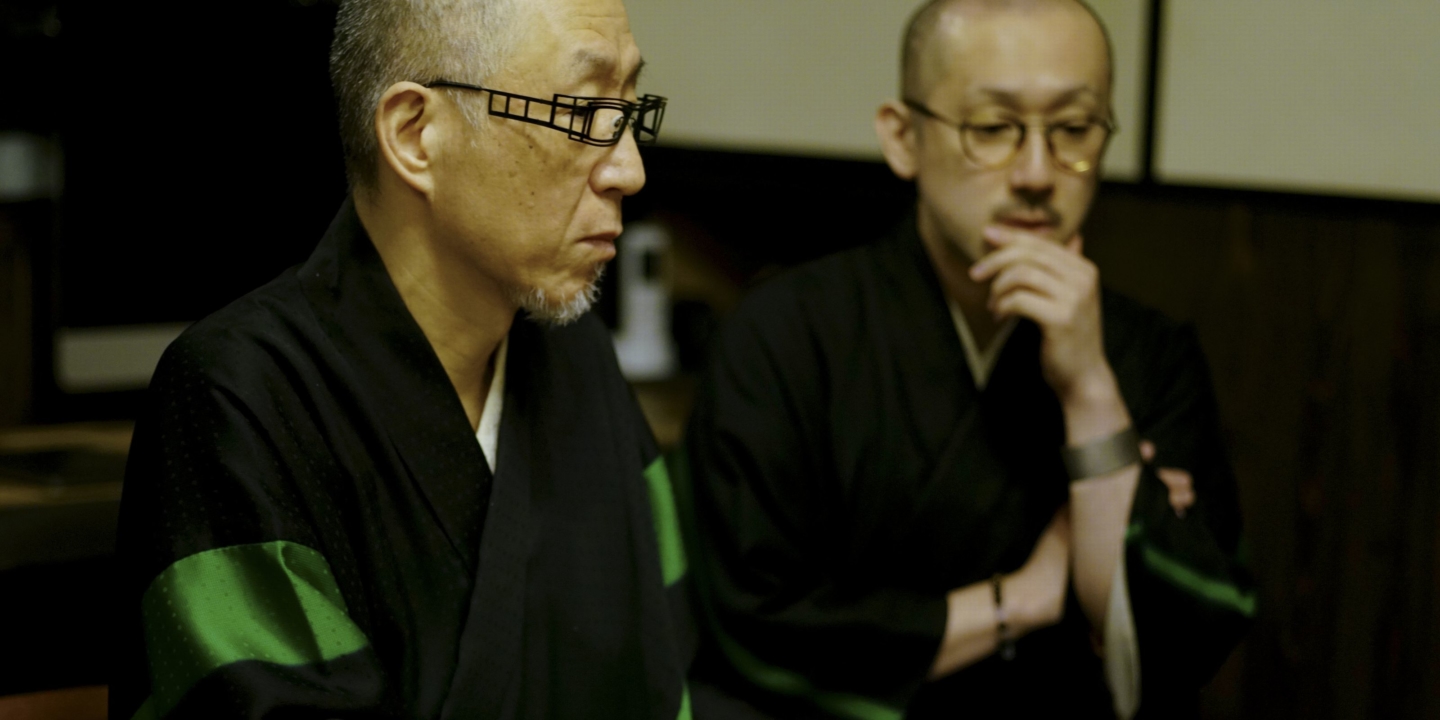 “Kyougen” has inherited the skills of the iconic master. The unique virtue of Japan, immutable, is expressed in the family crests (Kamon).

It is a heraldic painter who tells the story of the culture of the family crests up to the present day. A very simple pattern consisting only of a perfect circle and a straight line. This design represents the art realm very well. It conveys the expression "Shinrabanshō" which refers to all the phenomena of the world and everything that exists. If you look into the world of family crests, you can see the emergence of the Japanese culture, which is also modern.

Unlike Western emblems, which are painted as they are, Japanese emblems (Kamon) are food for thought.

The history of Japanese family crests culture is ancient. When society organized itself centered around the emperor more than 1,000 years ago, nobles incorporated various motifs on their clothing and furniture, and these motifs became symbols of their status. This is the origin of these designs. In addition, at the end of the Heian period, affixing a family crest as a “seal” on a house became widespread and this practice has been handed down to the present day. This is not a simple design, it is very interesting to note that the culture of family crests has come to incorporate a variety of Japanese meanings, such as “Shinrabanshō” as well as the principles of “link between generations” and “prosperous descendants”. It was during the Edo period, when popular culture flourished, that family symbols suddenly took on their full meaning and began to spread. At that time, with the exception of the samurai, strict restrictions applied to the transmission of the family name. However, such restrictions did not apply to family crests, so many people began to adopt them. Some people think it is a kind of culture or fashion effect, such as making family crests representing one’s favorite actor. It seems to have become widespread among ordinary people. 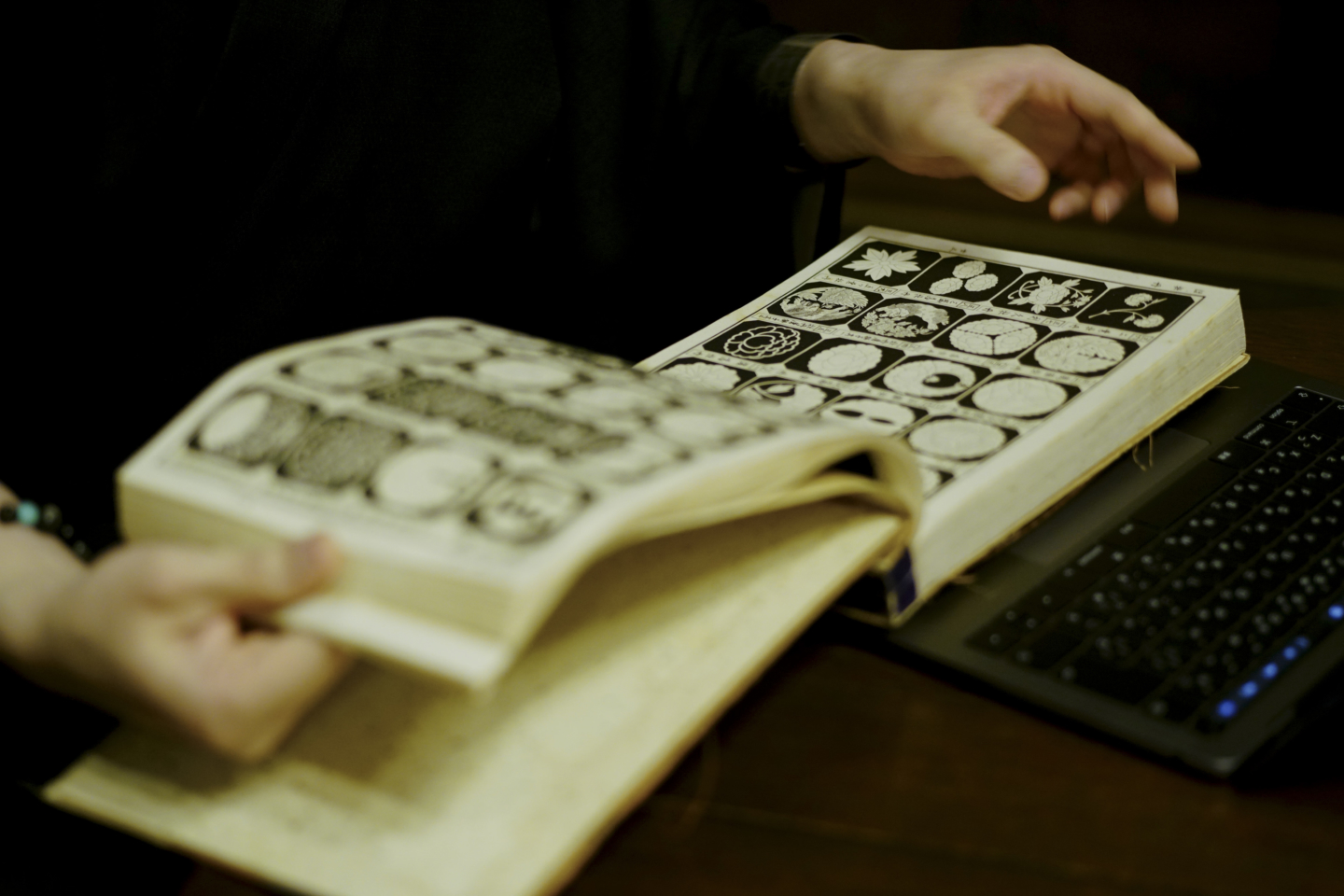 He has been creating works that extend the range of expression from design to art.

Today, it is easy to convey one’s personality and values through social networks, but in those days, family crests were a preferred means of personal expression. However, in the Edo period, when the lifestyle became more uniform, each Kamon design remained a means of expressing different values. In fact, the painter of a family crest had to be both a craftsman and an artist. In this exhibition, the works of Kyougen, an emblem painter who has enriched himself with the history of the family crests culture, and the accomplished craftsman will be exhibited. The new works expressing the future of family crests culture have a real historical dimension, so I look forward to seeing them. 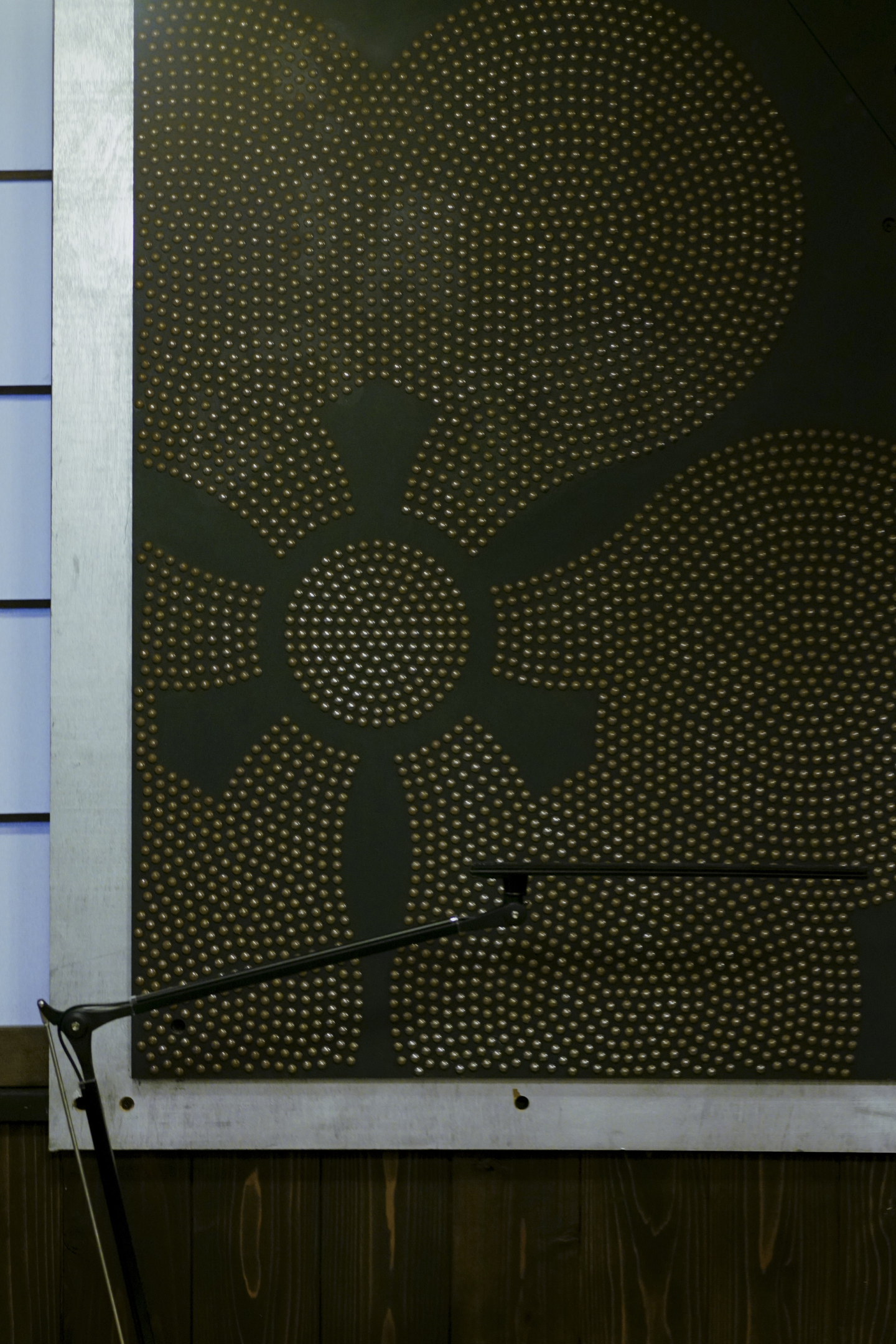 In the workshop, there are works that only Kyougen can make, thanks to his experience as a creator of family crests (Kamon). 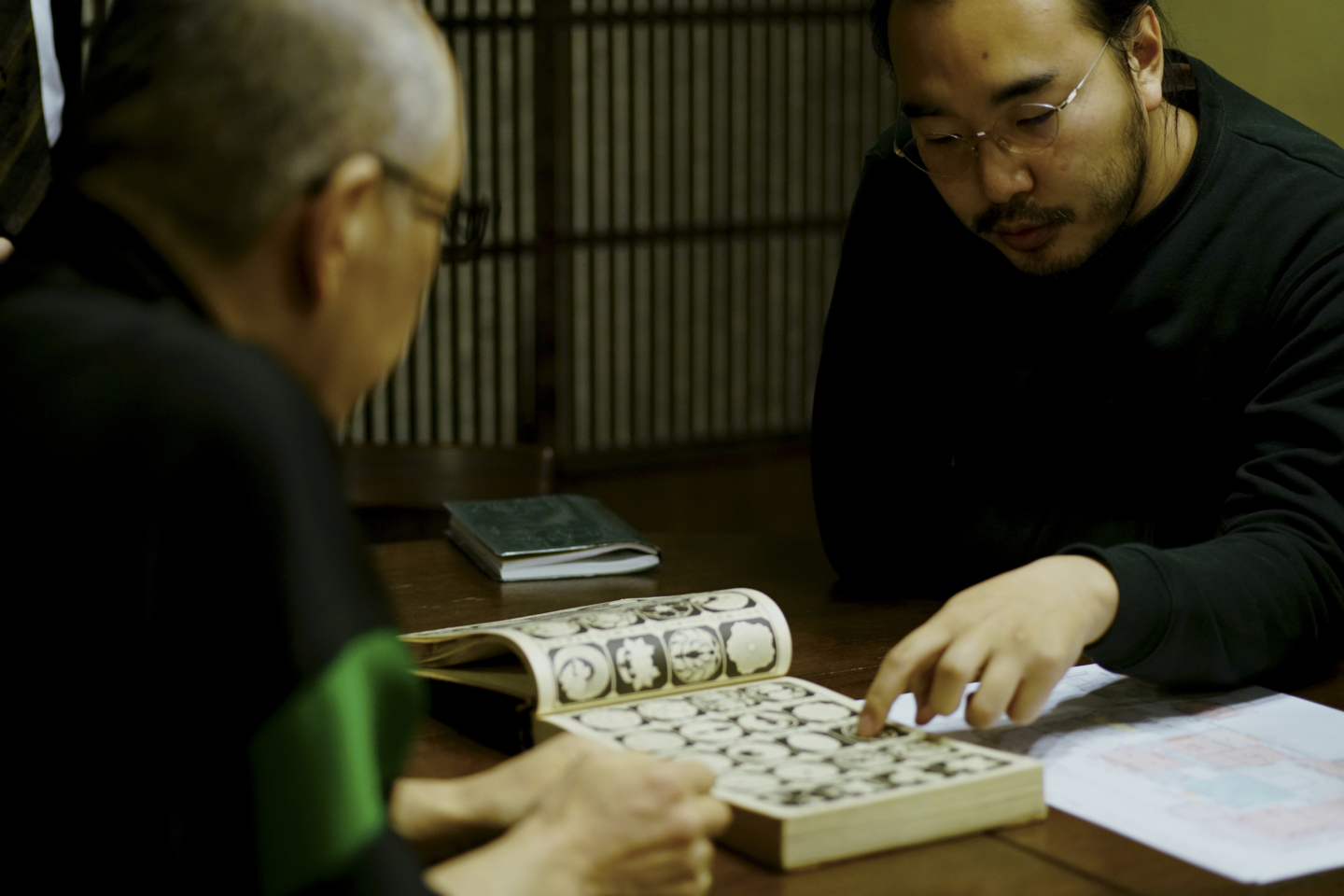 It can be said that there are as many types of Kamon as there are houses. The meeting continues by going through the Kamon book where the models are listed.

The history of Japan is marked by a unique gentleness, kindness and compassion.

To design the Kamon, “Kyougen” not only uses a traditional method that relies on the unique skills of craftsmen, but also actively adopts new methods, such as the use of computer design software. This is what gives a modern look to his Kamon designs. Drawing on the traditional culture that has been passed down to him so far, he engages in a wide range of activities without being limited by traditional craftsmanship. He tells the story. “The design work has gradually increased and, while working with a variety of talented designers, I have begun to design new ways of representing the so-called ‘Kamon’. Cultural awareness has begun to spread, and we want more people to know the meaning of the Kamon and the value of Japanese culture through new tools. Media coverage has also increased, and some fan mail now seems to be addressed by young children. The history of a family crest is difficult to know, but the essence of Japan that emanates from it seems to have been alive for a long time. I am concerned about the future of the Kamon, which happens to be in constant evolution.