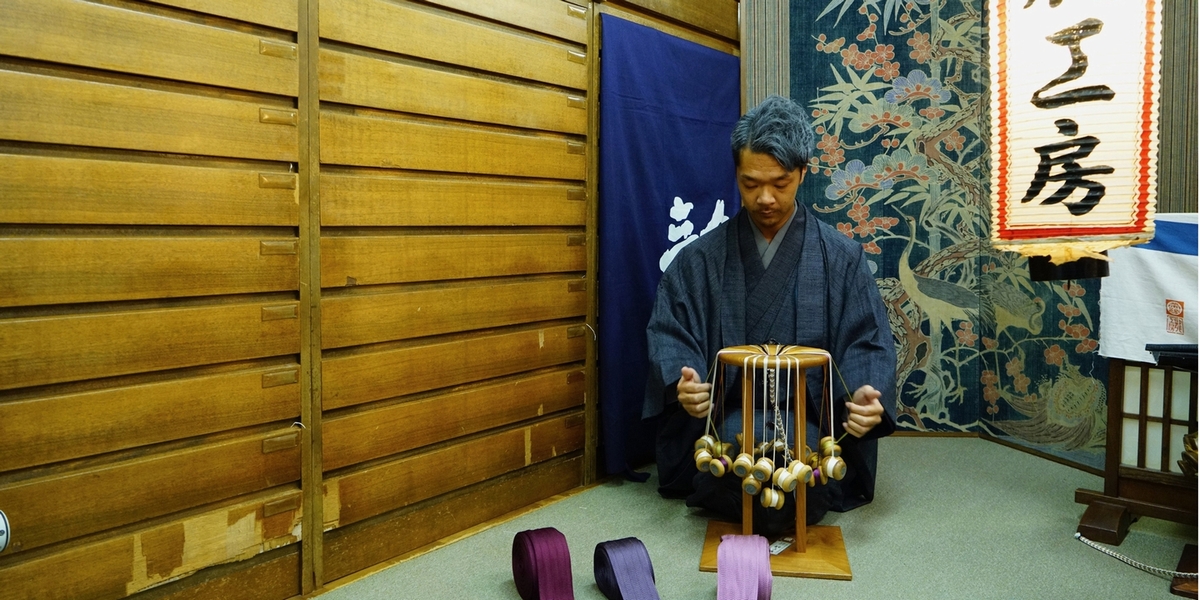 Thekumihimohas always been highly appreciated, it symbolizes connection and respect, as well as “usefulness” and “beauty”. The deep traditional beauty of Japan is visible in the braid of “Ryukobo” and conveys this imaginary.

Thekumihimois a rope made of fine silk or cotton threads, and has several meanings such as "linking two ends", " connecting things" and "connecting people". Recently, it appeared in the world-famous film "Your Name", in a scene where the protagonist feels connected to a second character by a thread. The charm of the kumihimo can only be achieved through careful craftsmanship and quality handwork. This is a challenge for the future.

The “kumihimo” is woven with great respect for the wearer. The two dimensions of the same story are “usefulness” and “beauty”.

Thekumihimoalways joins “usefulness” and “aesthetics”. During the Heian period, it was used as an “aesthetic item” and was used as a symbol of authority over the clothing of the nobility. On the other hand, in the time of the samurai, it was used primarily as a non-slip for swords. Moreover, if the sword was a big sword, it was said that its value would be less unless it had a wonderfulkumihimo, so it was necessary to have a braid that had a practical as well as an aesthetic aspect. In fact, since the kumihimo combines not only the practicality but also the art, it has become a symbol of Japanese elegance and pride. “Ryukobo”, who inherited this tradition in modern times, seems to specialize in silk yarn and dyeing. Instead of using chemical dyes, this company uses dyes from plants and biodegradable natural materials such as leaves, for example, the dye factories were doing something special. roots and fruits to produce a soft expression on the skin and give a delicate color. In Japan, vegetation is naturally tinted throughout the four seasons, in spring when cherry blossoms appear or in autumn when the leaves fall. Thekumihimo, which represent “the useful” and “the beautiful” and uses a certain dyeing technique, gives us an indication of the Japanese spirit. 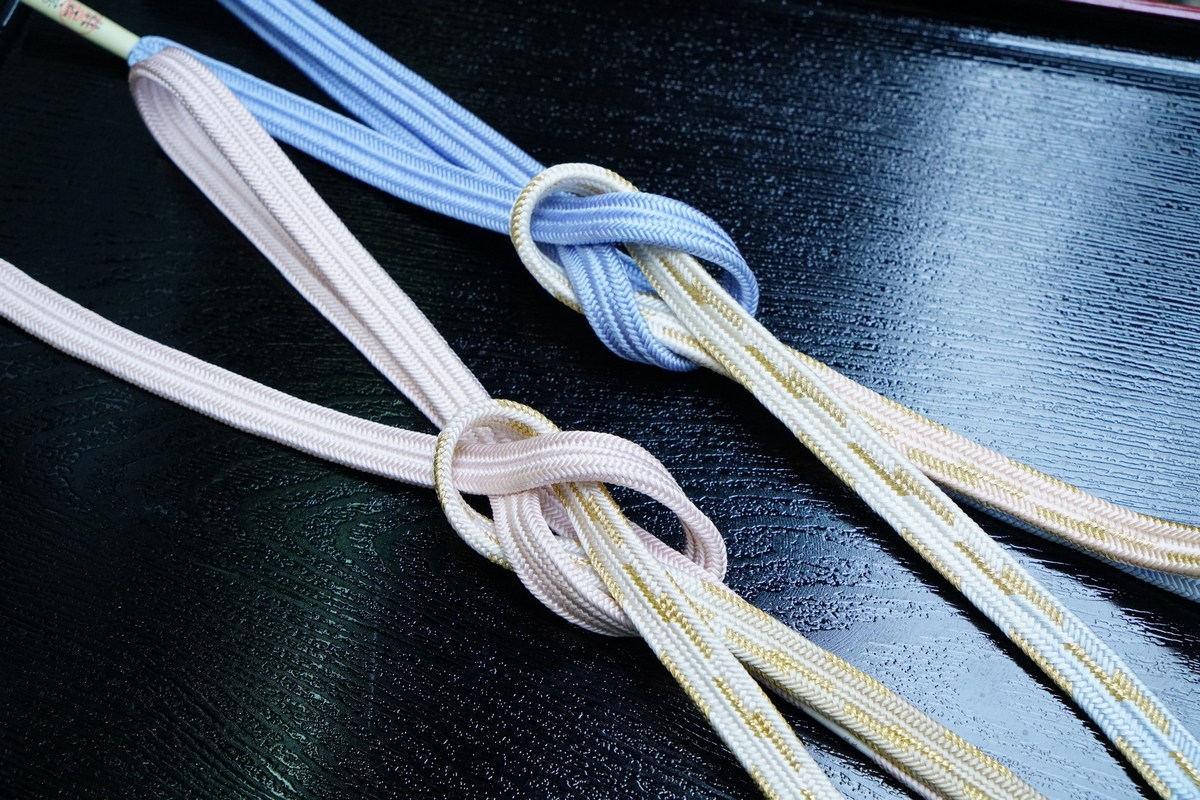 What makesKumihimoattractive is, of course, the beauty of the woven braids (Kumi). 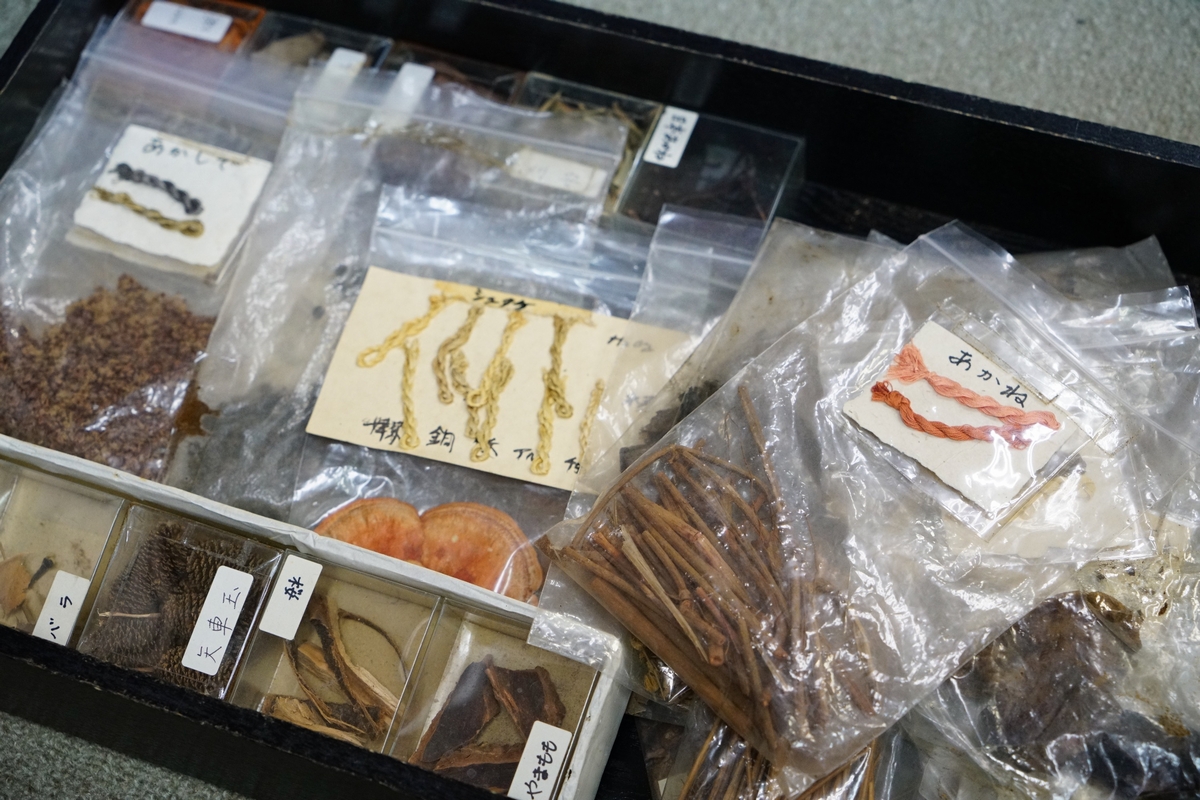 The base material of dye plants is variable. The natural colors of the seasons can be reproduced.

He realized that challenging and adapting a technique to something that no one had done before actually meant protecting traditional techniques.

In the exhibition “EDO TOKYO RETHINK”, there are works that unveil the past, present and future ofkumihimo, such as the collaborative work between Ryukobo and Tatehana, and the historical material. What aspect of traditional industry doeskumihimoshow? With precision, the warmth of the hands and the air are combined. Even today, craftsmen continue to seek the best techniques and to work in a constant search for improvement. In fact, it is therefore necessary to pass on the technologies and ideas that have been developed so far, while keeping up with the pace of changing times. According to Fukuda, an artisan weaver from Ryukobo: “in addition to making straight strings, we need to make something that is more relevant to today’s times. For a long time, we have had to use a round support that we always plan to use at more than 90 degrees. Creating things that change the rules of traditional technology leads to new discoveries. I saw this as an opportunity and realized that we had to dare to create new things in order to protect traditional technology. 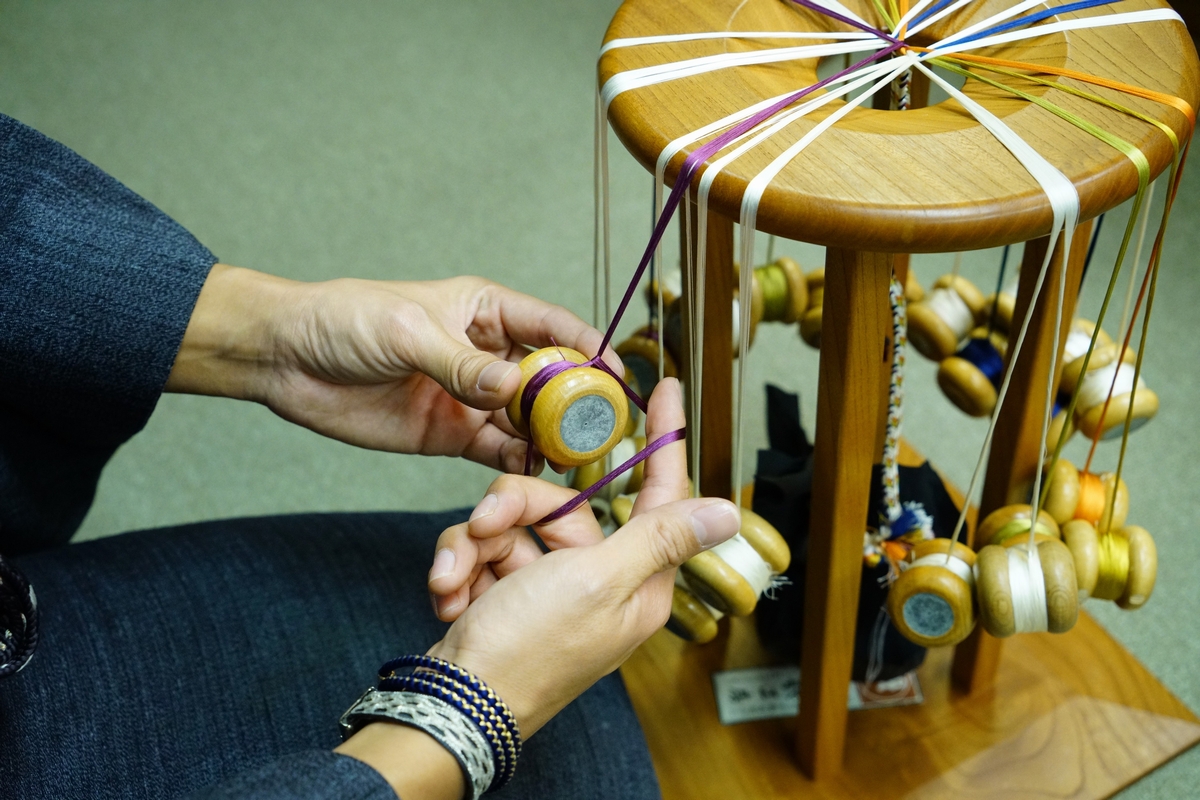 The complex patterns and shapes are hand-made.

Imagining something and making it last over time is more difficult than you can imagine. Nevertheless, Ryukobo has survived the changing times and various obstacles and continues to preserve traditional industries. “I’m still very excited,” he said, and his passion for braids seems to remain as intense as ever. The craftsman’s attitude towards his work and the essence of the braid itself are aspects of the craft that are not yet fully appreciated as they should be.