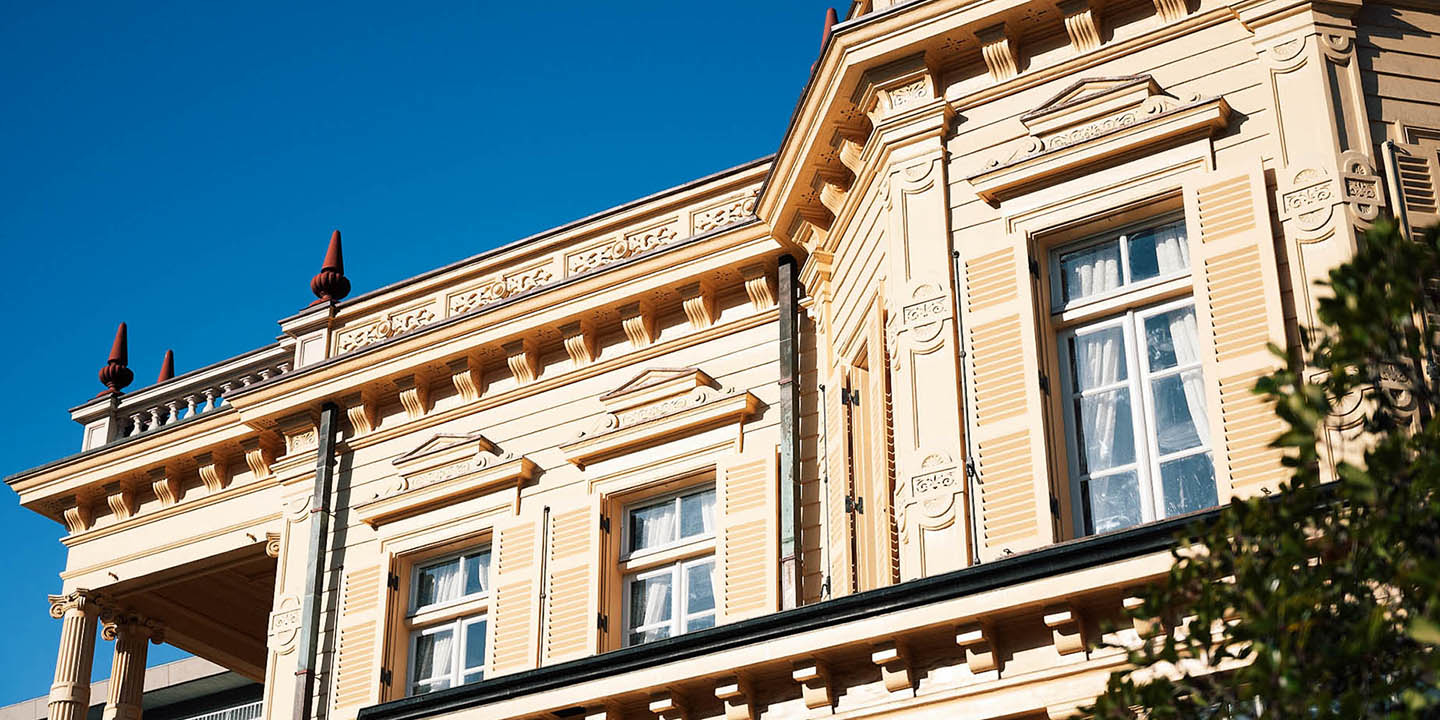 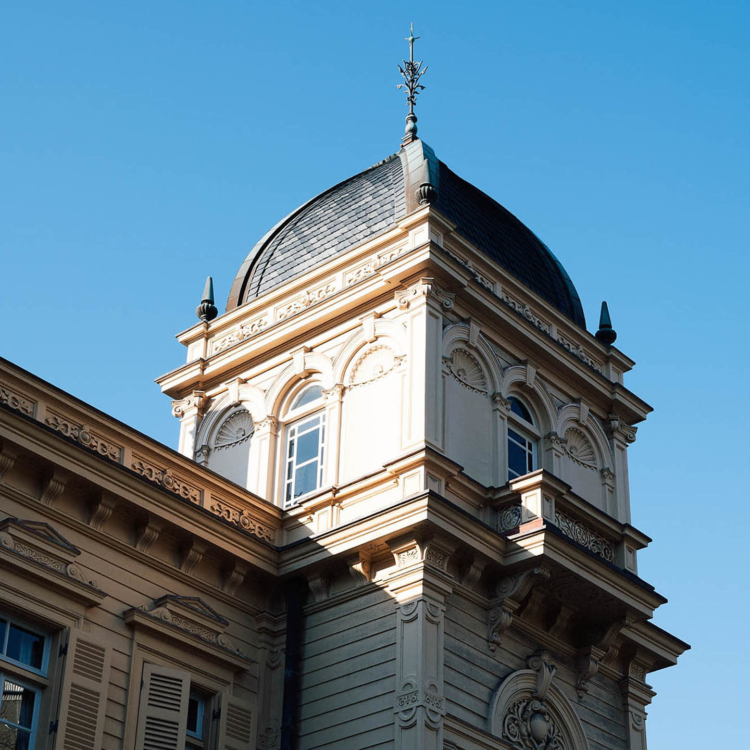 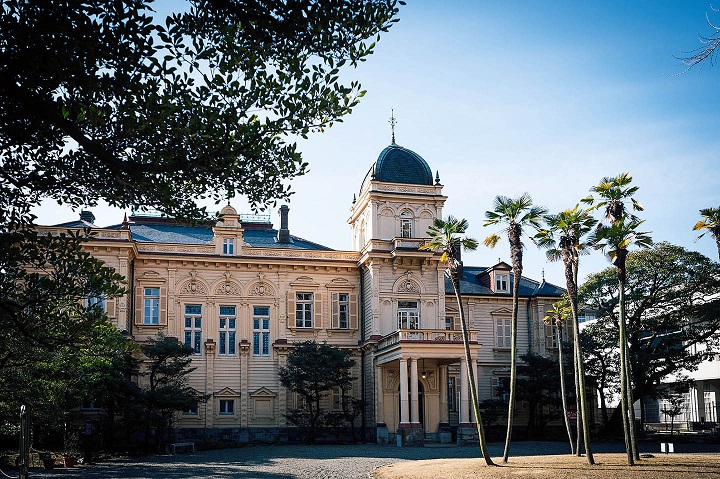 The Former Iwasaki House Garden, built in 1896, has been designated as one of Japan’s Important Cultural Properties. Its designer, Josiah Conder, has been called the father of modern Japanese architecture. Condor, who was born in London, designed not only the Former Iwasaki House Garden but also buildings such as the Rokumeikan, the Holy Resurrection Cathedral, also known asNikorai-do, and Mitsubishi Office Building No. 1.

Since its borders were opened at the end of the Shogunate era, through the Meiji Restoration, and up to today, Japan has adopted elements of foreign culture while making its own unique changes. In that sense, as well, the Former Iwasaki House Garden is an important cultural property that shares the spirit of the Meiji era with modern visitors.

When planning the arrangement of works in an exhibition, the relationship between the works and the space around them plays an important part. The light changes completely over the course of the day, from morning to afternoon and then on into evening. This is a critical element to take into consideration when holding an exhibition in a building such as this one. 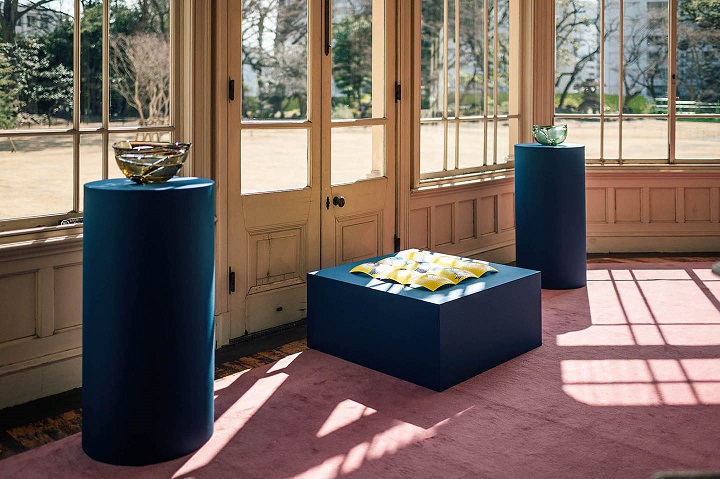 For example, the Edo Kiriko Hanashyo works are shown in the sunroom, which has beautiful morning light.
The Wadaiko Miyamoto Unosuke Shoten exhibition is in the 1st floor lady’s guest room, where the evening sun lights up themikoshipalanquin on display. The Japanese-style residence displays the Tokyo Kumihimo Ryukobo works, combining them with its own panel paintings, which date back to when the building was constructed. In this way, the spaces around the exhibited works draw out and further highlight their allure. 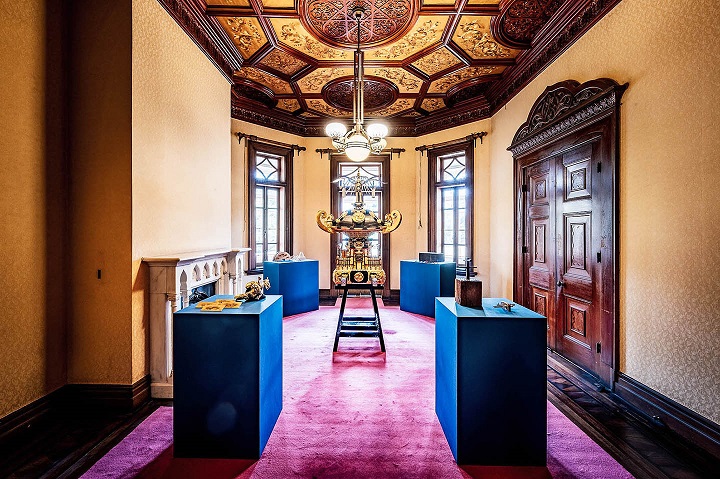 The most appealing elements of the building itself are its decorations, dotted throughout the Western-style residence. These decorations weave together various styles based on the Jacobean style that was popular in the 17th century. Visitors are welcomed to the great 1st floor stair hall by the floral decorations, pillars decorated with plant-themed patterns, Islamic-style entryway tiles, stained glass, and aesthetic elements. 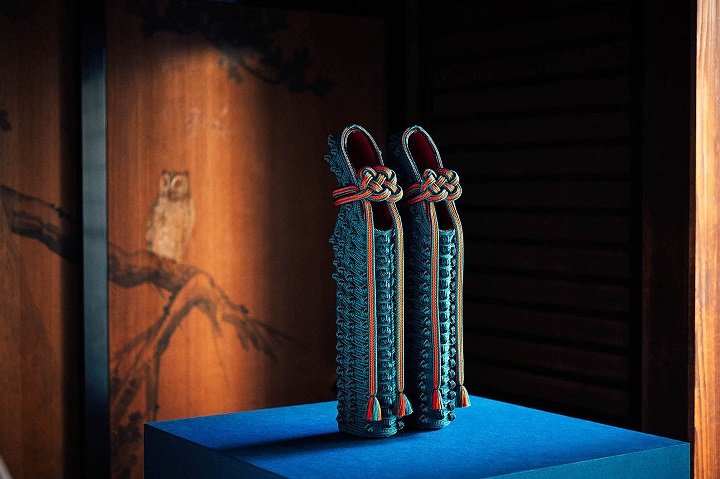 The second-floor guest rooms, with their restoredkinkarakawashi, gold-embossed Japanese wallpaper, are precious windows into the past, overflowing with the allure of expert craftsmanship.
Kinkarakamiis a unique Japanese craft, inspired by European wrought leather wallpaper but made using Japanese washi paper. 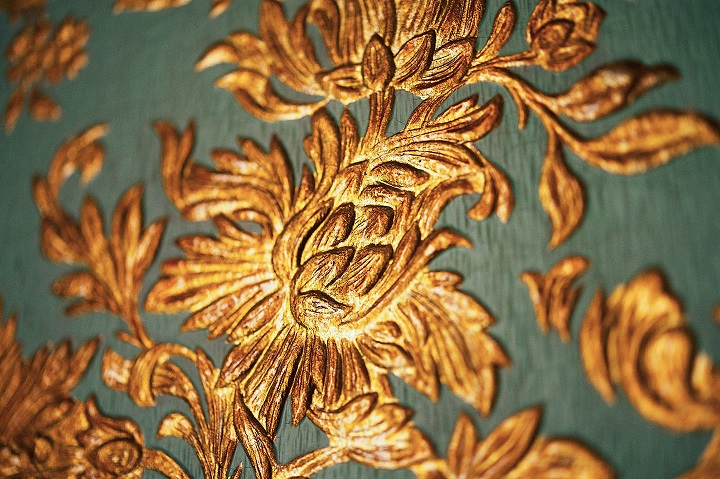 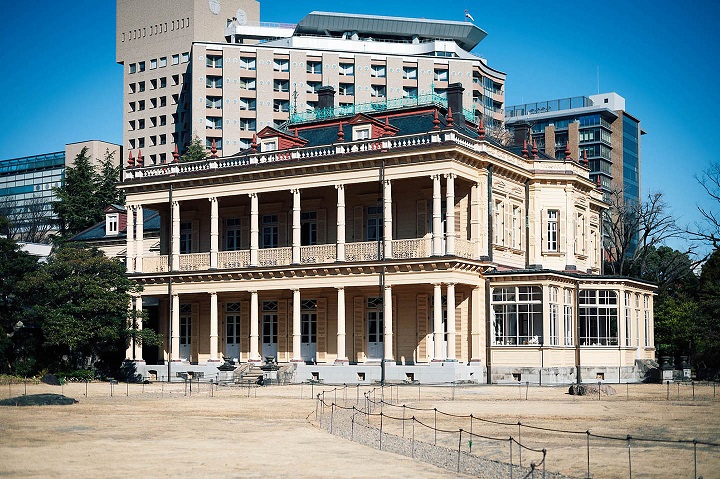 Western residence
This building was completed in 1896 by the design of Josiah Conder.
Magnificent decorations of the 17th century Jacobean style are seen everywhere, along with the British Renaissance style and Islamic motifs. The south side of the building is a columned veranda, and columns in the 1st floor and 2nd floor have features of Tuscan and Ionian styles respectively. The 1st floor veranda is covered fully with British Minton made tiles, and there are also guest rooms papered with valuable Japanese leather paper (kinkarakawashi). The image of country houses in Pennsylvania, U.S., Iwasaki Hisaya’s destination of study abroad was also reflected. This is regarded as a rare architecture in the world history of residences with its ingenious balance with the annexed Japanese building. Those days, this place was used as a private guest house for the once-a-year gathering of the whole Iwasaki family as well as for parties inviting foreign and distinguished guests. 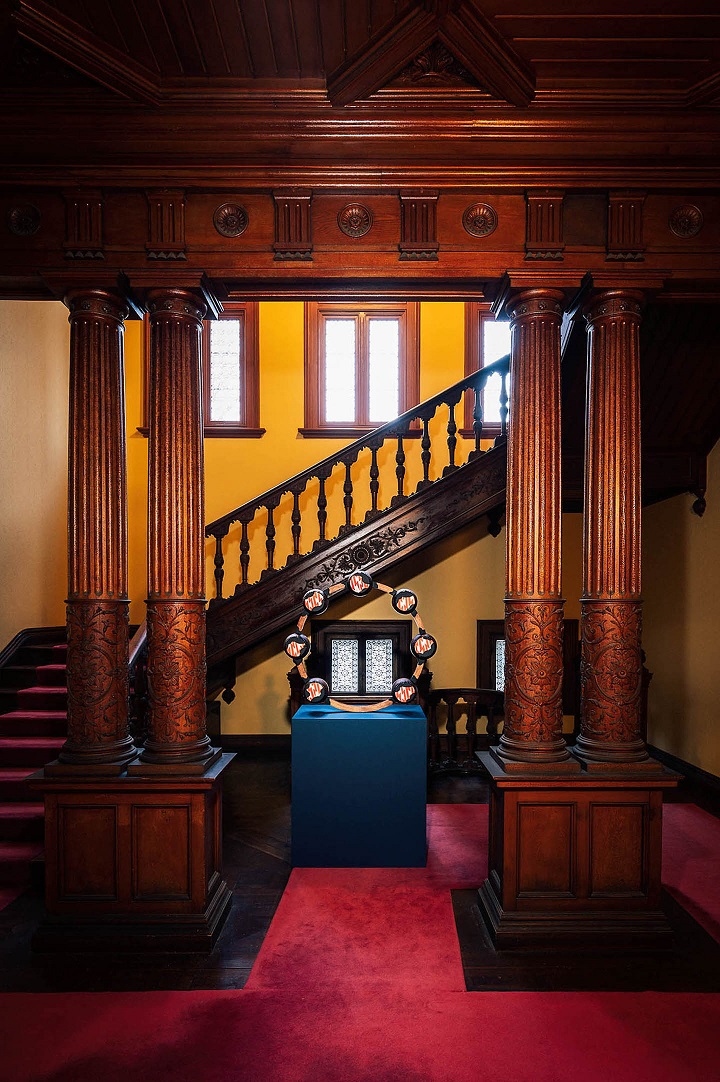 Main Stairs to Second Floor
These stairs connecting the main hall to the second floor feature a single large pillar and Acanthus-style flower designed handrails. The pillar is ornamental and does not actually provide support. 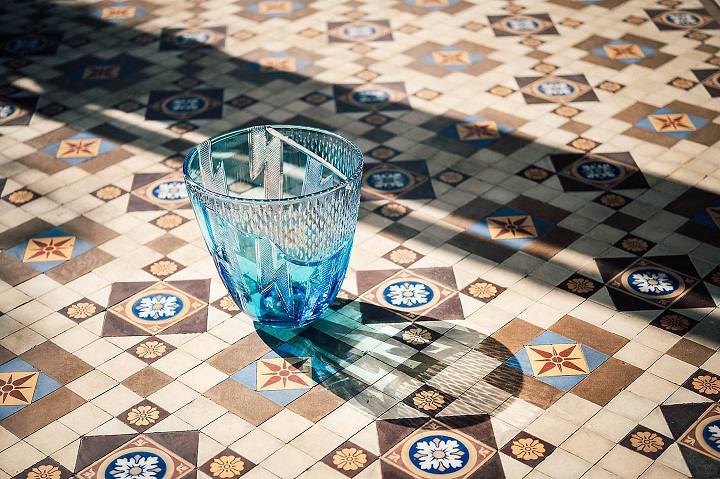 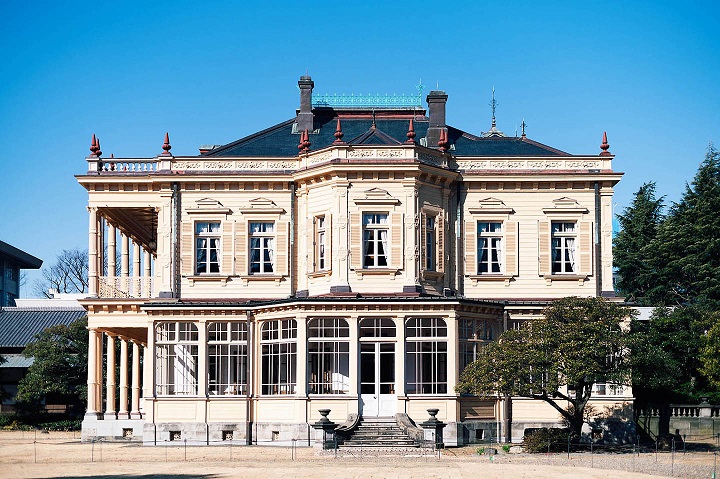 Sunroom
This room is thought to have been added in later years. It features a uniquely-shaped bay window. Though there is a fireplace and heater in the room, the windows would have provided heat as well. 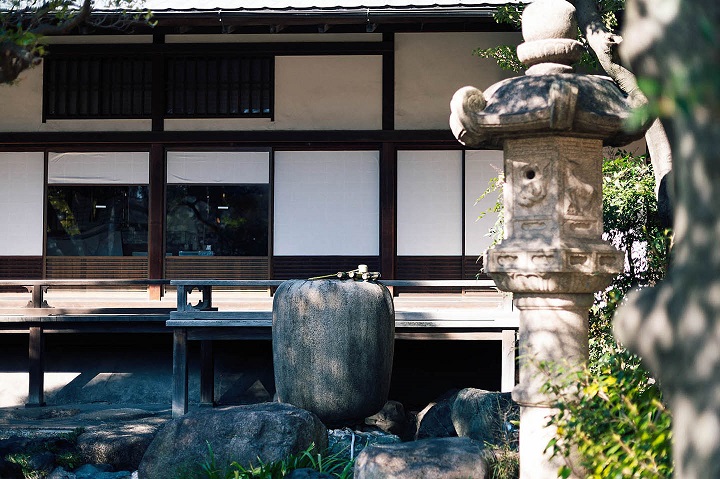 Japanese residence
This Japanese building connected to the western-style building had far bigger scale when completed with a floor space of 550 tsubo. At present, only a building of the big hall which served for ceremonial purposes like the western building has survived. It is reported that its construction was done by Okawa Kijyuro who had engaged in building of many residences for magnates of political and business circles as the master carpenter. There remain Japanese paintings in alcove and on the paper slides, of which sketches are believed to have been done by Hashimoto Gaho. Now no more existing residential space for the Iwasaki family was divided into south and north sections. The south section was used for the master’s room, children’s rooms and others, while north section was dedicated for the quarters of the service personnel, kitchen and storage space. 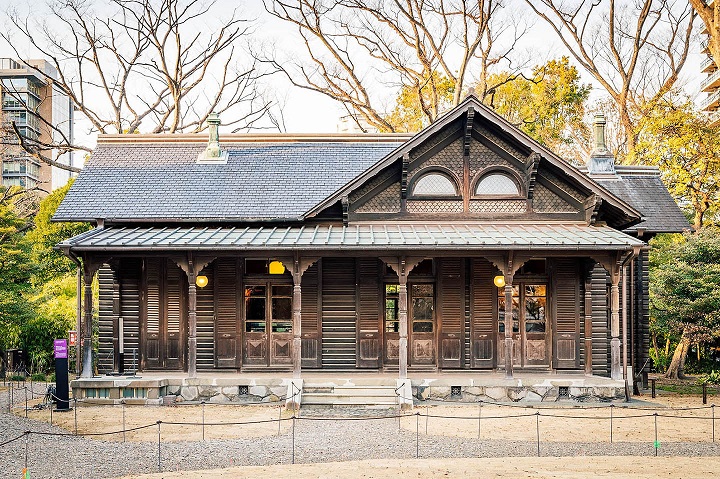 Billiard Room
This billiard room designed by Josiah Conder is built in some distance from the western style building as a detached house. Unlike the Jacobean-style western building, it is built like mountain lodges in Switzerland, which was very rare in Japan those days. It is a wooden building in its entirety, following the trend of the American gothics with its log-house like walls (aze-kura-style), notched pillars and large roof extending eaves deeply. This building is inter-connected with the western residence by an underground passage, and inside of the building, you will see walls papered with valuable restored Japanese leather paper. 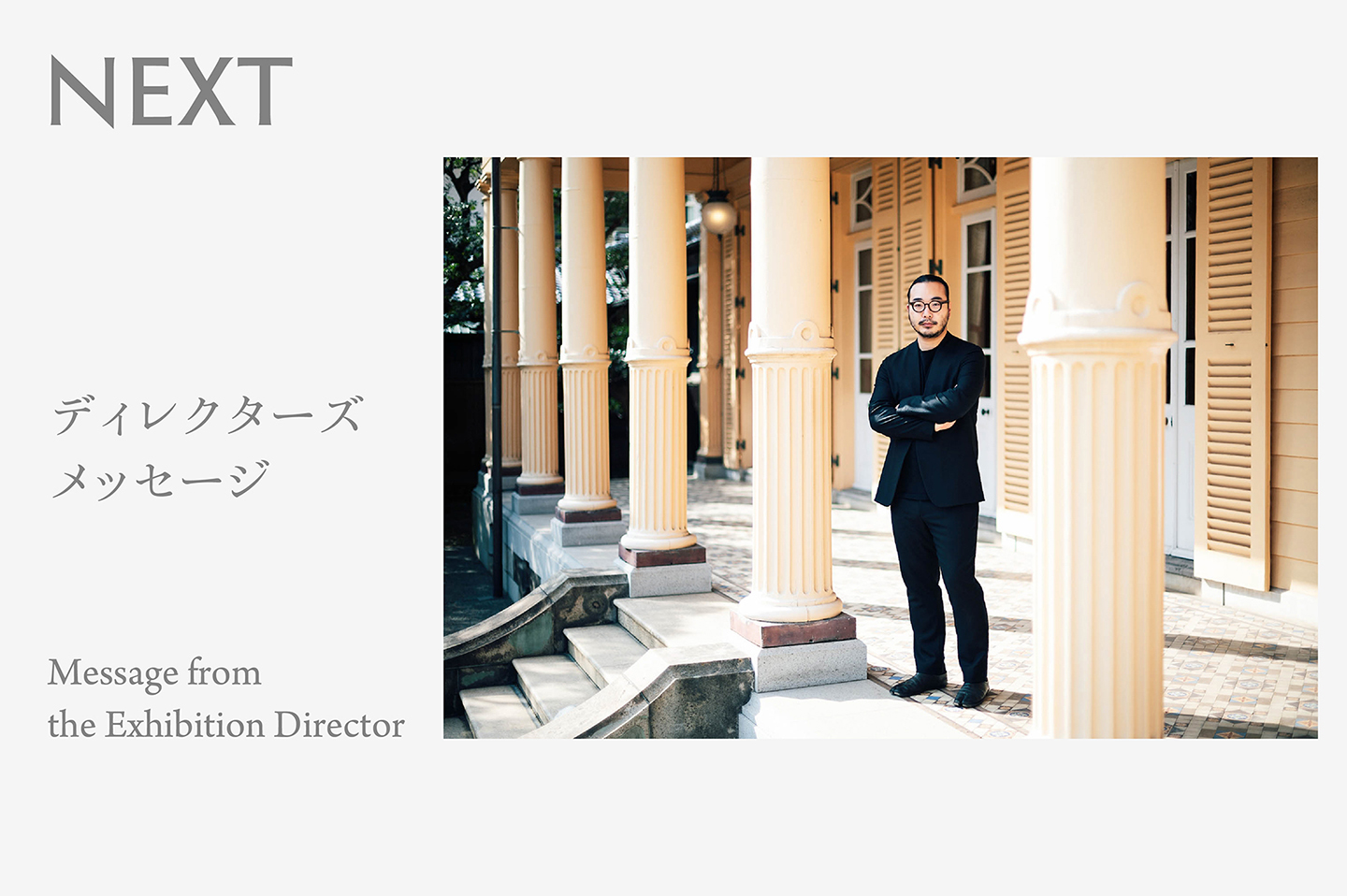 Message from the Exhibition Director
https://en.edotokyokirari.jp/exhibition/life/edotokyorethink2022-message/