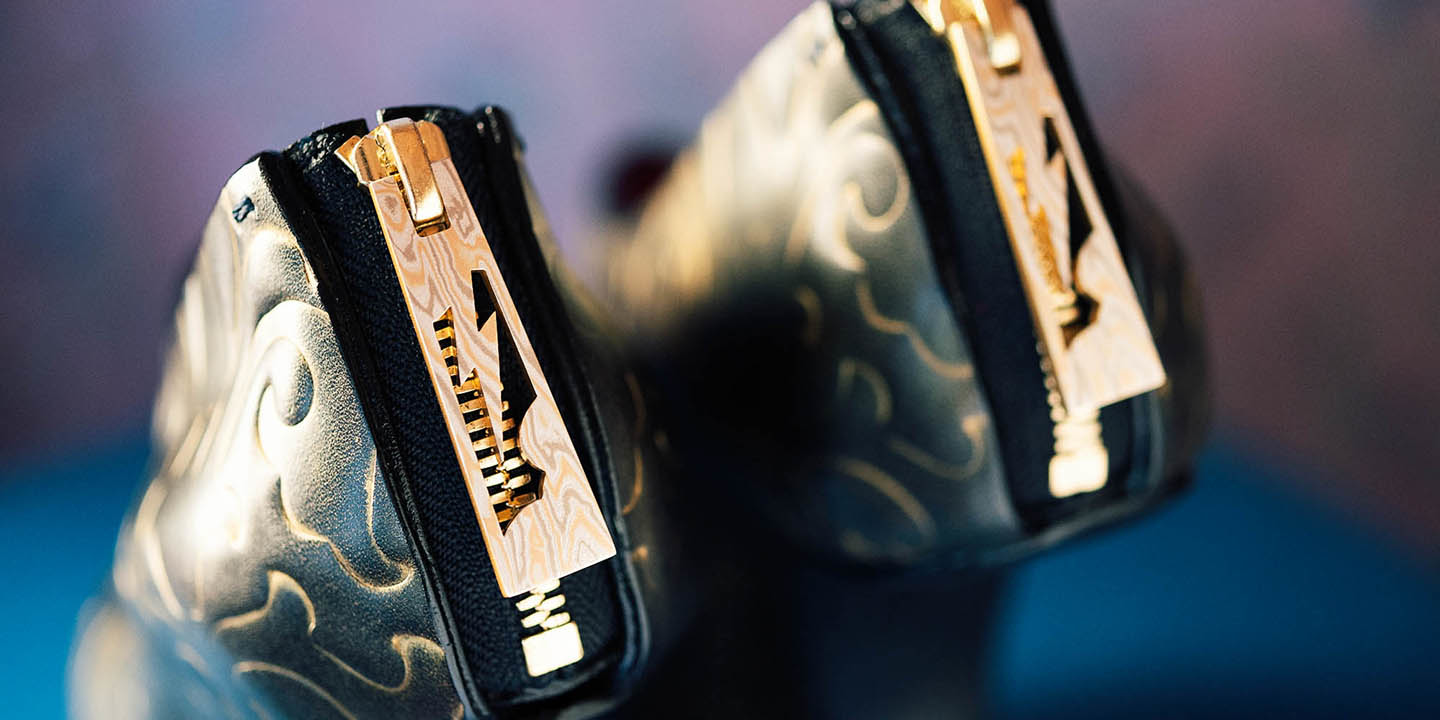 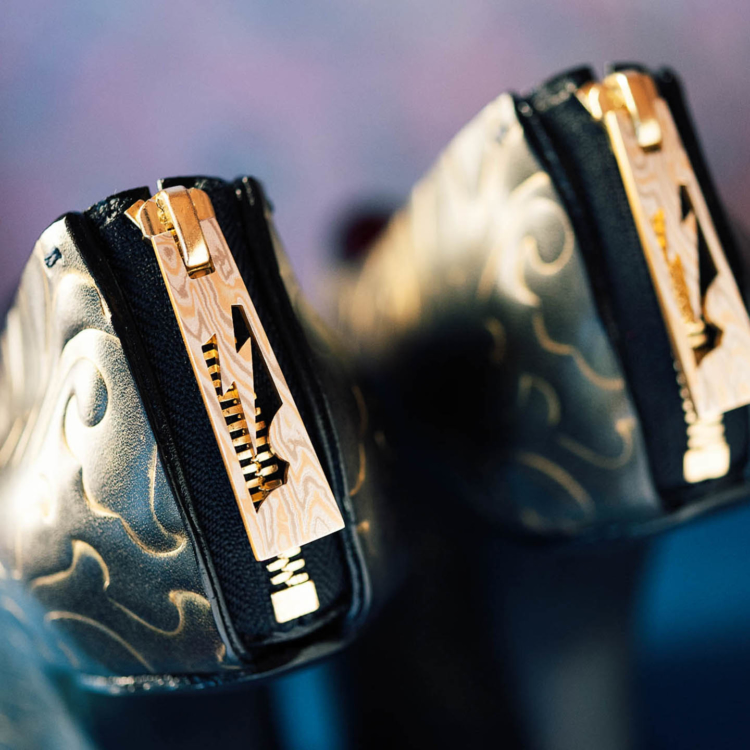 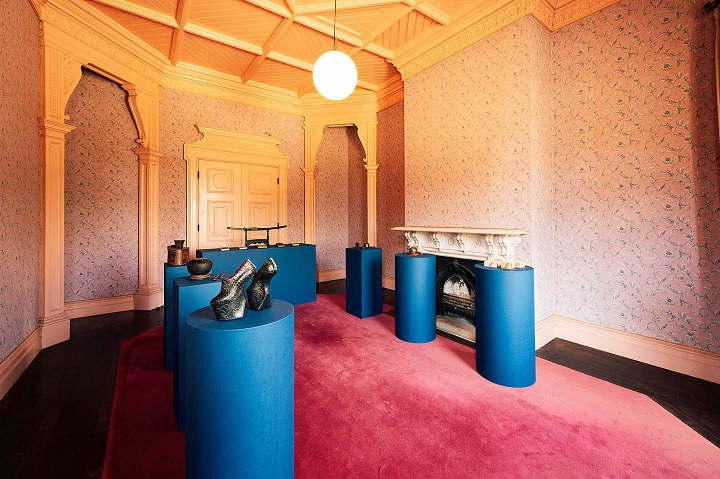 Originating in the Edo period, Mokume Gane eventually formalized into a technique for the forging of sword guards of katanas. However, it would later fall into obscurity.

It was Mokumeganeya who proposed to bring back this once-lost art in the form of jewelry.

Current head Masaki Takahashi first founded the company in 1997. Later, he would also establish the NPO Japan Mokumegane Research Institute in 2003, which focuses on the research and restoration of Mokume Gane. 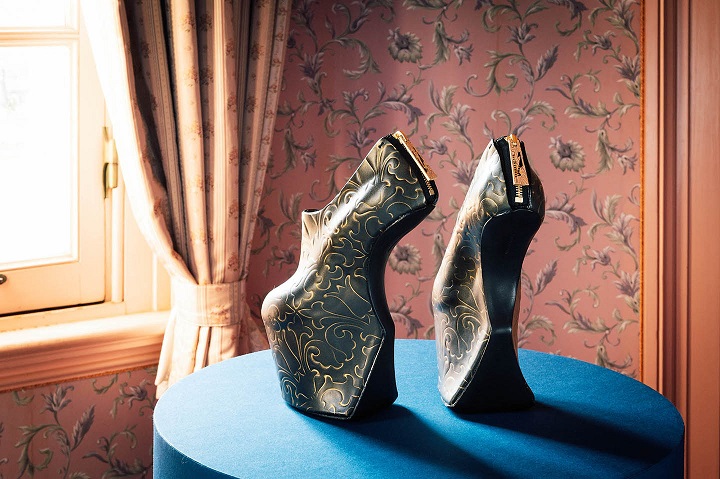 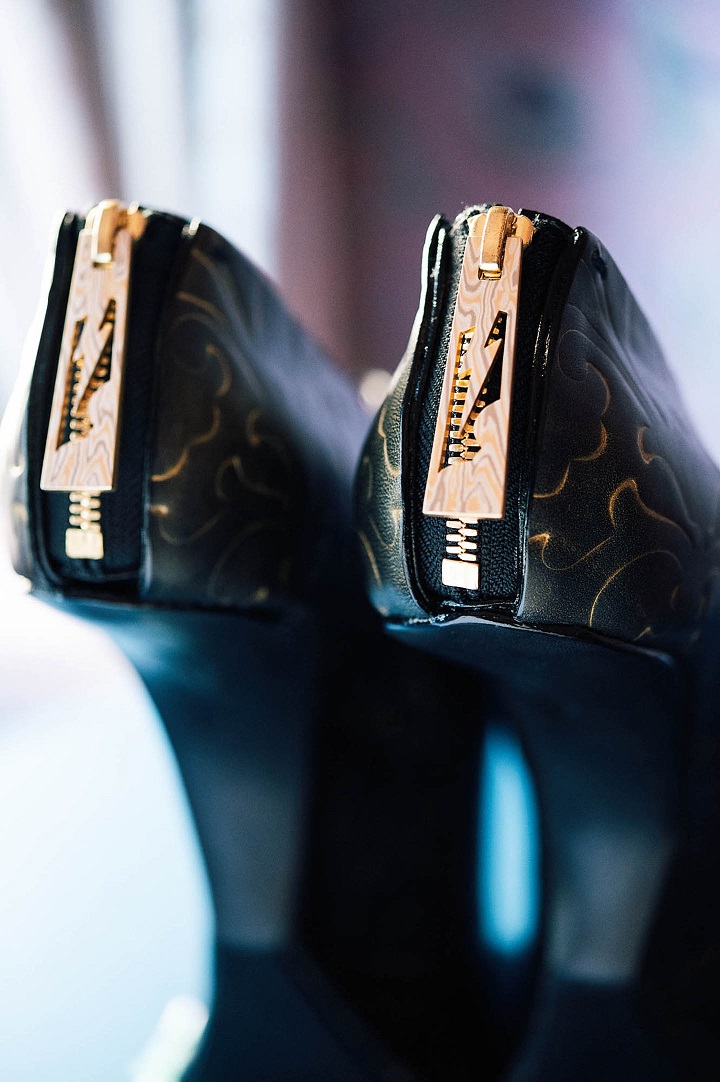 This Mokume Gane does not simply have a modern design, but also has the openwork style once used by sword guards in the Edo period. 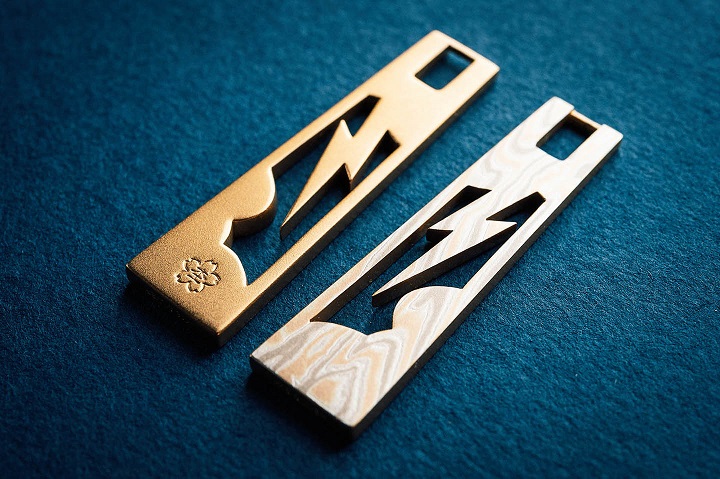 As technology once used to create sword guards in the Edo period becomes one with Heel-less Shoes in today’s Reiwa period, one might say that a new page in Mokume Gane’s 400 year history has been opened. 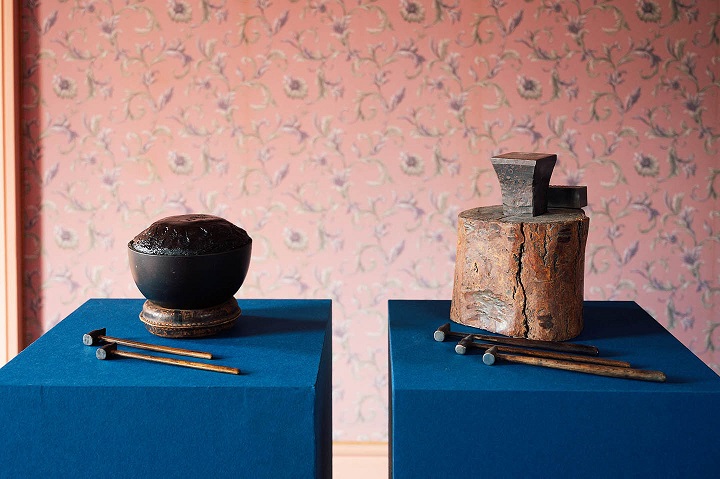 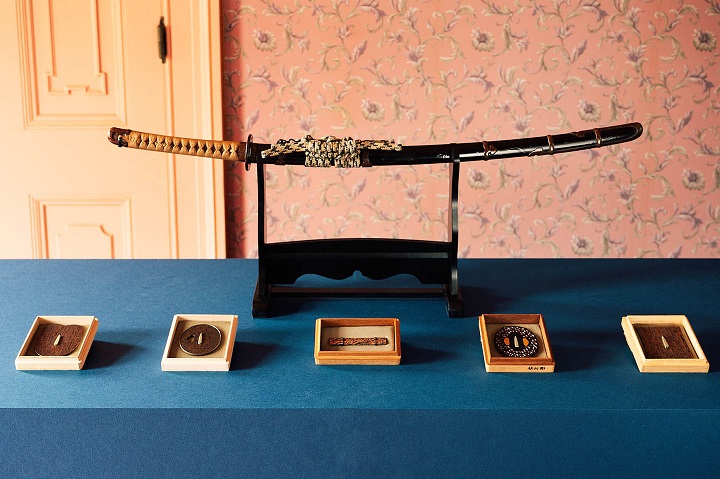 Mokume Gane Metal Fitting of Katana
The techniques of Mokume Gane first emerged in the production of sword guards for samurai katanas during the Edo period. During eras of peace, the ornaments of katanas were designed to be a gorgeous symbol of one’s position. 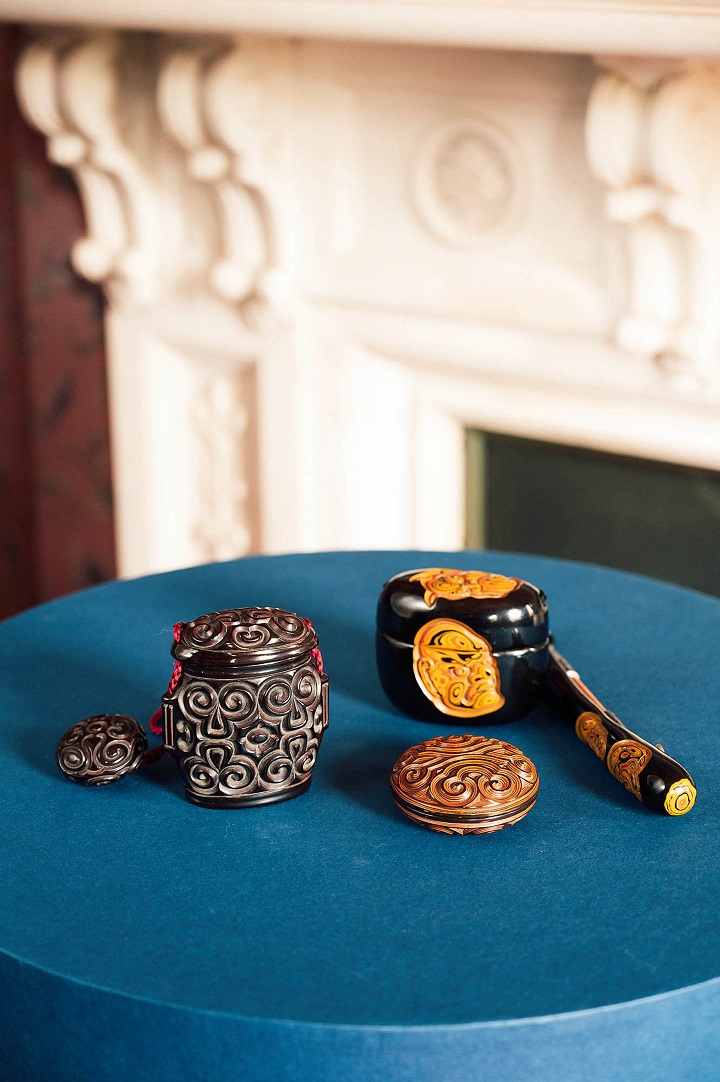 Guri Carving
Mokume Gane is said to have originated from the “guri” lacquerware pattern used in Chinese lacquer technology. Considered a masterpiece of the late Edo period, the swirl patterns carved into the differently colored lacquer laminations can be seen in the Inro(small portable case for medicine or seal) and incense stick case. 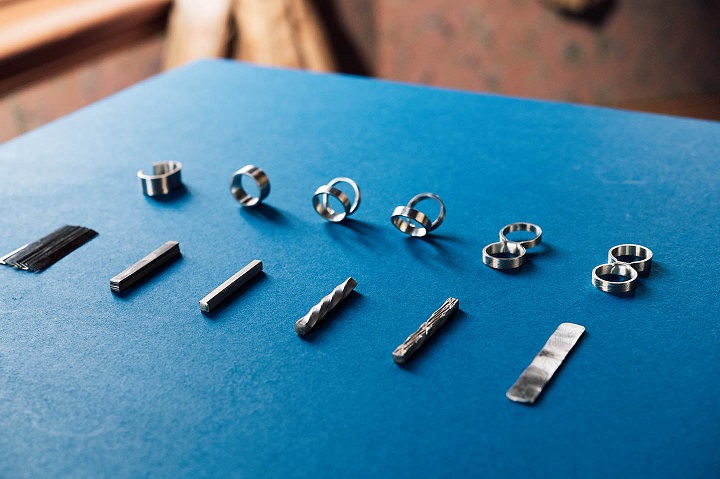 Connecting Shapes
Two rings created from a single ring, which allows the bond between two people to be deepened by the connected pattern. These wedding rings are built as one ring, which is designed to be split into two rings by the wearers. 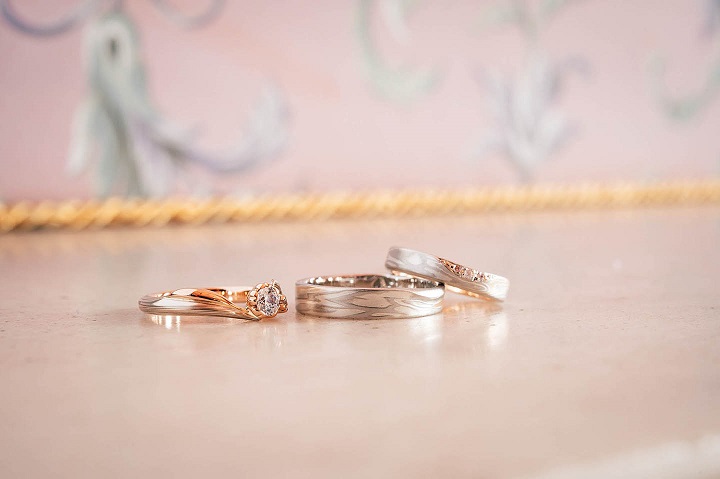 Today’s Mokume Gane
Mokumeganeya creates engagement and wedding rings with a truly unique pattern that is characteristic of the Mokume Gane process. 400 years after the Edo period, the craftsmanship on display still resonates with viewers in today’s Reiwa period. 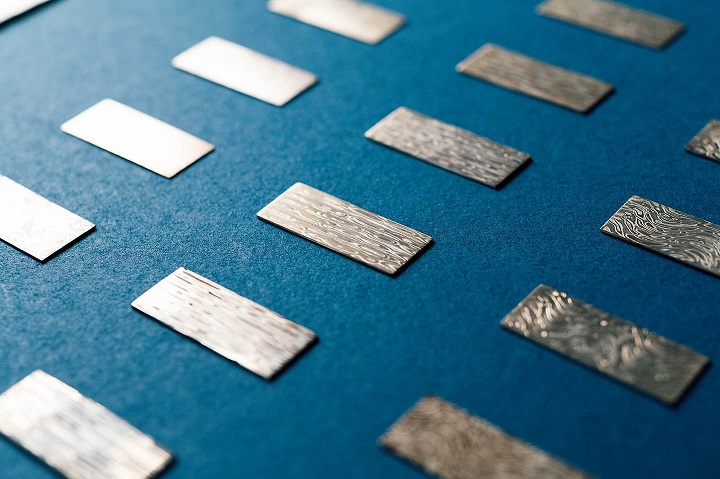 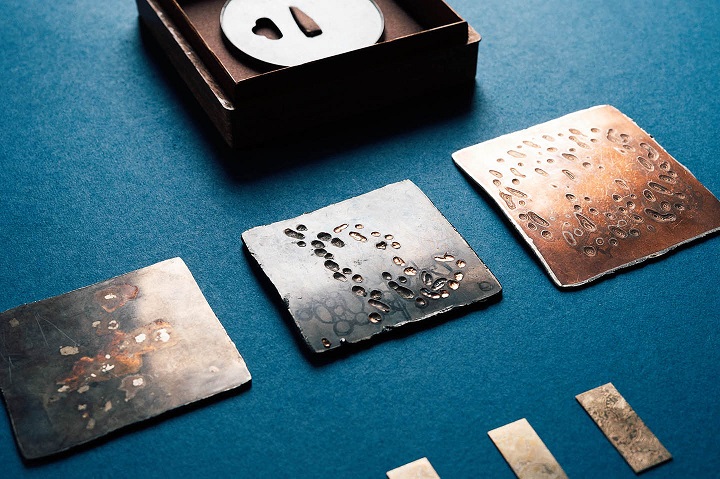 Restoration
A restoration of a kozuka (the handle of a small sword alongside a katana) said to have been created by Shoami Denbe in the mid-to-late Edo period, making it one of the oldest surviving works of Mokume Gane. 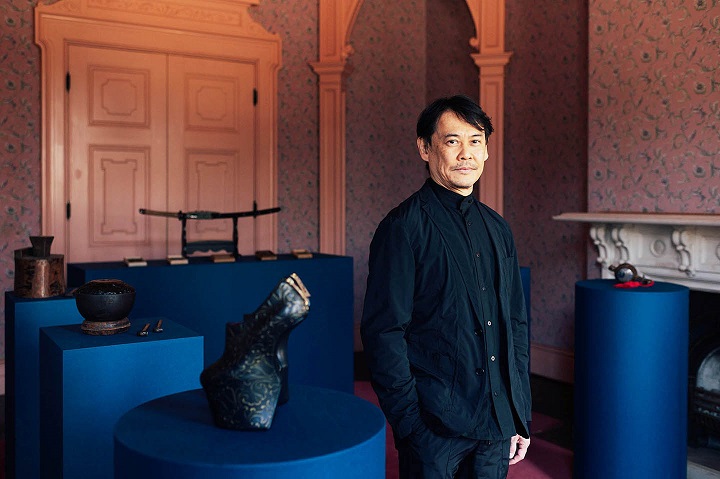 Mokume Gane Mokumeganeya
Founded in 2003. Using the traditional Mokume Gane crafting technique that originated in the Edo period, Mokumeganeya is now a jewelry brand known for putting time into each piece in their workshop. Their wedding rings have won awards across the world, including the Good Design Award. 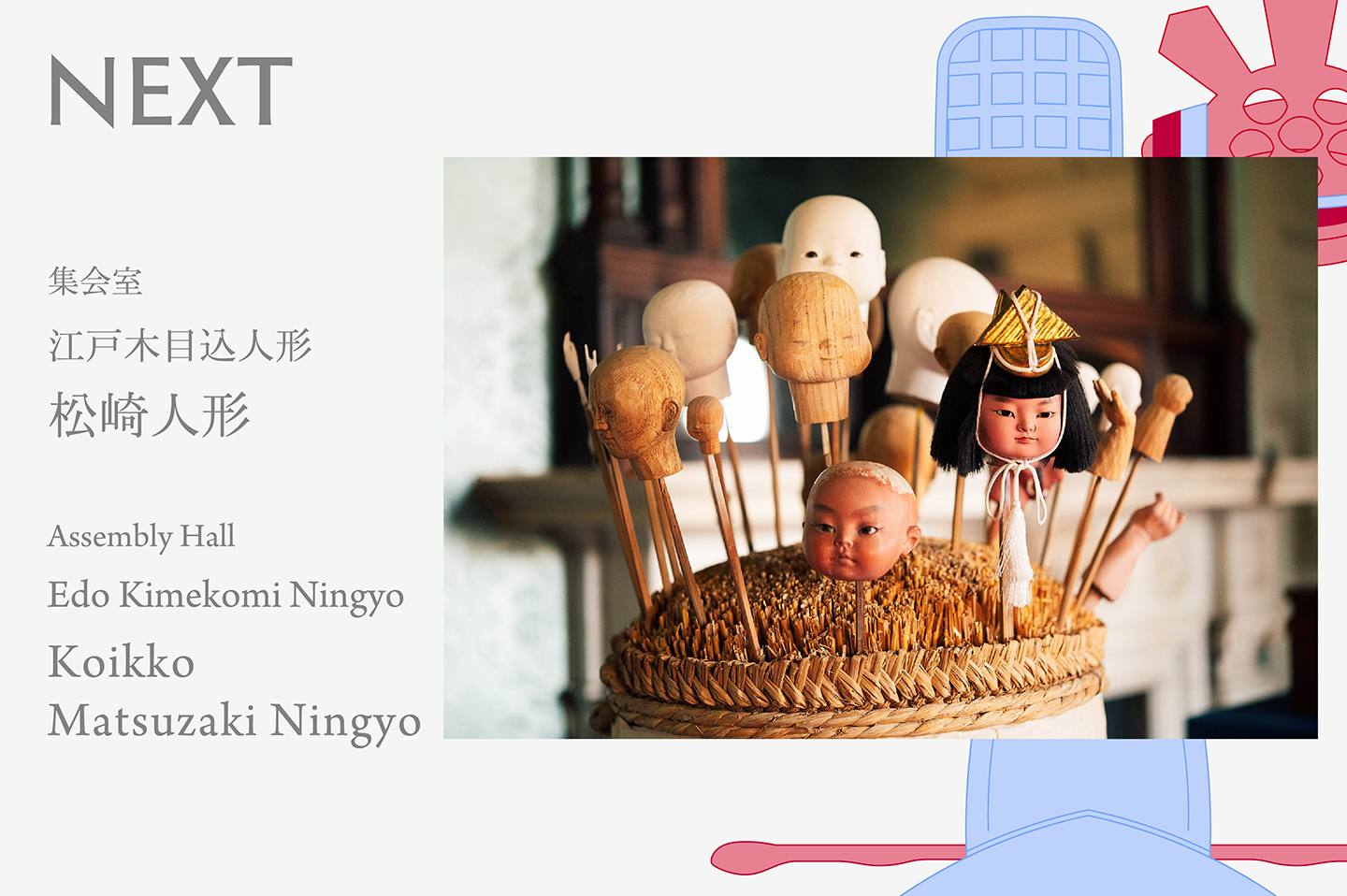