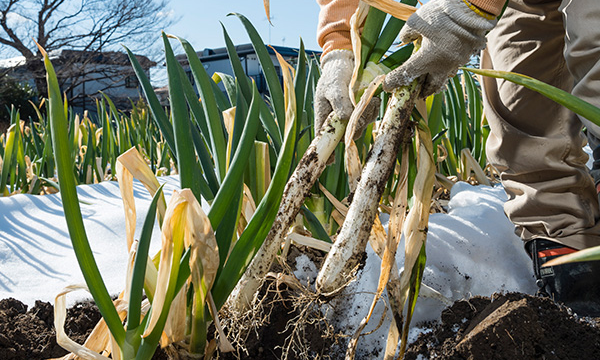 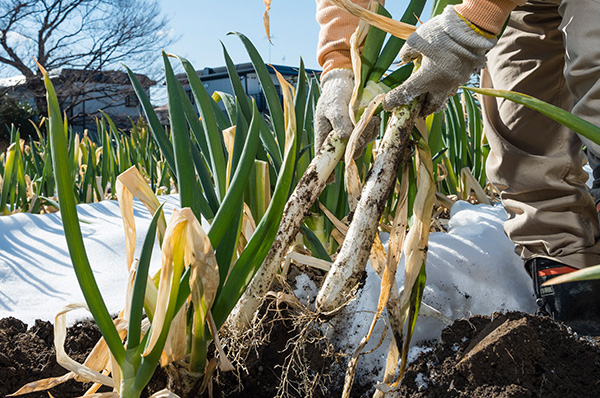 The long-standing spring onion store Negizen was established in 1885. In order to distinguish between “Senjunegi” that has been improved upon through cultivation and is in general circulation now, Negizen named the traditional spring onions that have been enjoyed since the Edo Period “Edo Senjunegi”. Negizen judge and offer spring onions best fit customers’ needs in terms of price and size, a stance that remains unchanged from their early days right up until the present day. In addition to spring onions, they handle vegetables such as hot white radish, wasabi, snd honshimeji mushrooms and distribute them to department stores, long-standing sukiyaki restaurants, soba restaurants, and grilled chicken restaurants.

Before Negizen was established in the Edo Period, the founder Zentaro Tanaka was a member of a farming family that had worked near Arakawa for generations. In that area, the soil is rich in nutrients and good for growing vegetables and was very popular.

Negizen are also conducting the continuation of other traditional technology and food education activities in the local area. Every year Negizen maintains a tradition of offering Edo Senjunegi spring onions to Asakusa Shrine in February and Meiji Shrine in November. They have also inherited traditional methods of offering, such as placing Edo Senjunegi spring onions that have been picked on a pedestal and wringing them with rope. At local schools Negizen conducts classes a few times per year about cultivation and harvesting, thus contributing to local food education activities.

In addition, in recent years, they have expanded beyond just wholesale business and into processed foods business that includes production, retail, and processing plants, continuing to evolve and meet the needs of the current times.
As a bearer of Edo spring onion culture, Negizen will continue to pass on food culture that has been passed down from the Edo Period in a variety of forms now and indeed in the future, too. 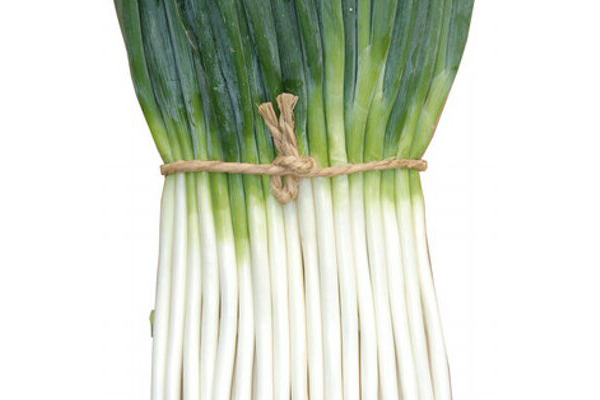 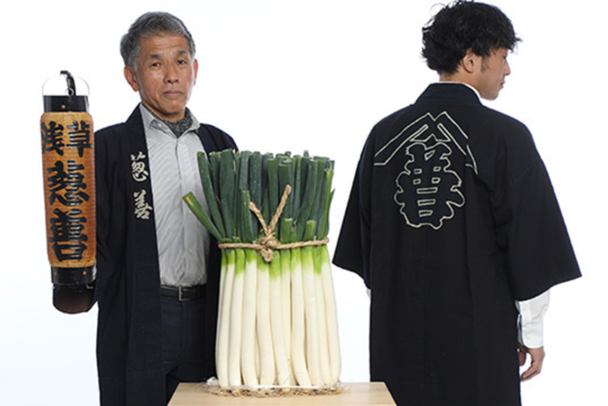 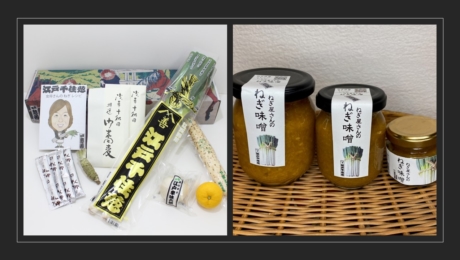