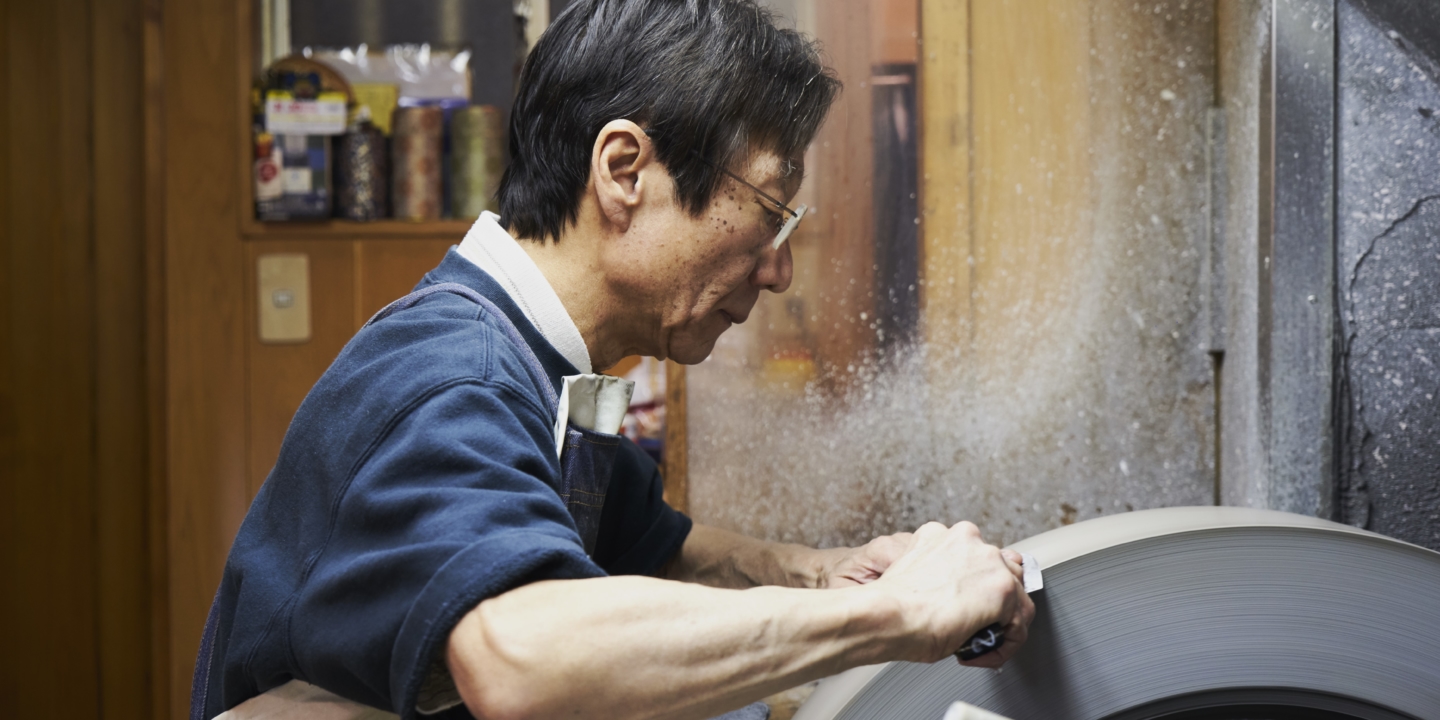 Many Japanese cultural activities involve the use of highly functional cutlery, which deserves a closer look

Yutaka Yazai, the eighth generation master of Ubukeya, which was founded in 1783 shared his thoughts, beginning with his attitude towards requests for polishing the edges of cutlery made in other shops. “That’s one of the services we have offered for generations. I’ll admit, there are also strategic considerations in terms of commerce and building a reputation by word-of-mouth. But basically, we just want people to use tools correctly, so we don’t make distinctions about other shop’s goods when we take on new work. We are carrying on a tradition that values the ‘shoku-akindo (craftsman-merchant)’ who sells goods brought to a superior finish through his polishing skills.”

Yazaki explains why it’s important to visit the store in person. “Today is the age of the Internet, but ideally a person should come to the shop where he can see and feel the knives in person before making a purchase. So, I had to think twice when my son said, ‘We are already taking orders over the telephone, and through the Internet we could communicate even more details.’ And he’s absolutely right. It’s important to renew our sense of values.”

When making cutlery, it’s important to observe the qualities of the blade directly. Questions about a knife’s cutting properties are determined by testing whether it will cut a hair. The way that a hair yields to the tip of the blade can tell you its cutting power. Yazai adds that, “Kitchen knives are designed so that the thin part of the blade lets you cut into the material, and the thicker part of the blade cuts it apart.” This high functionality is largely due to the accumulation of insights, generation by generation, over the centuries. 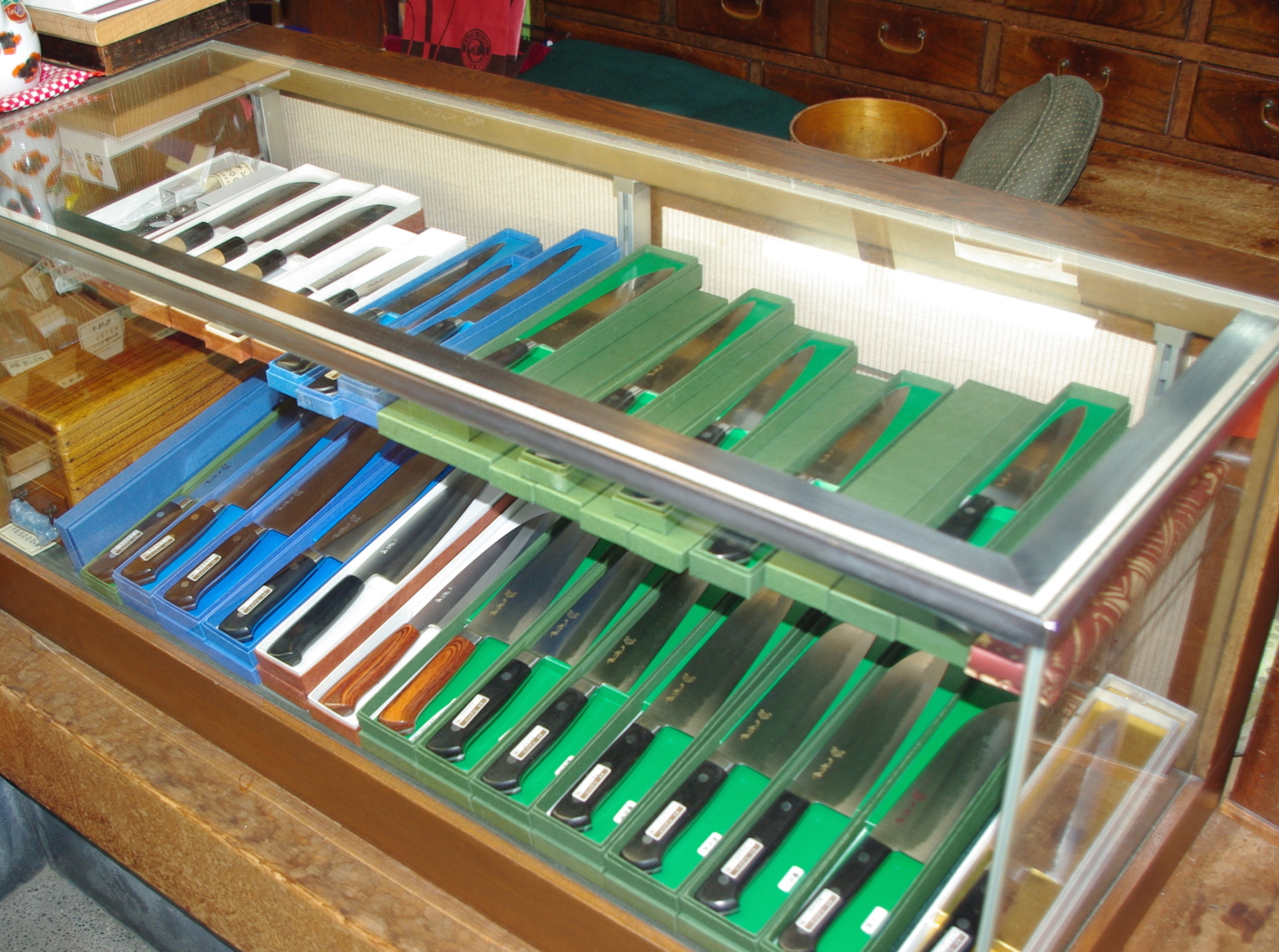 The kinds of kitchen knives used in Japan have been greatly influenced by the development of culinary culture. “A change occurred during the last half of the 1700s, away from using a single knife that could be applied to all kinds of cuisine, to specialization of carving knives, sashimi knives, knives for chopping vegetables, and other uses. As art lessons became more common, and people devoted themselves to hobbies like gardening, flower arranging, and tea ceremony, a new demand for suitable cutlery arose. Skilled craftsmen who had catered to samurai customers started producing cutlery for domestic use. Then, as the number of craftsmen making cutlery increased, we were able to find a niche as merchant-craftsmen who added a finishing touch.”

Although Ubukeya had established its main shop in Osaka, it made sense to open a shop in Edo, said to be the world’s largest consumer of cutlery. As the historically rich culture of Osaka and Kyoto increasingly set down roots and flourished in Edo, it permeated the lives of all social classes. The noren (shop curtain) that welcomed customers in those days has been tenaciously passed down to the present time. 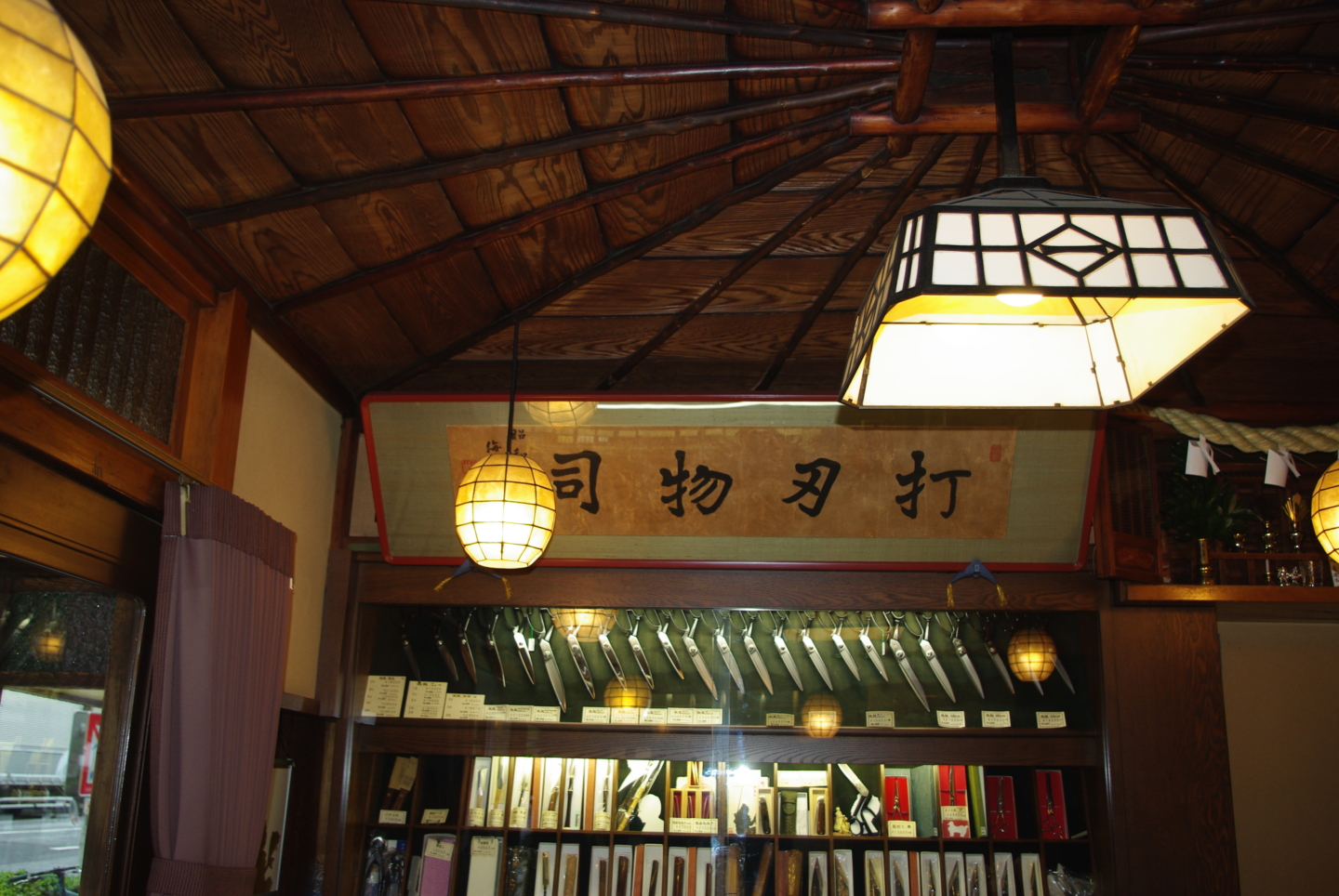 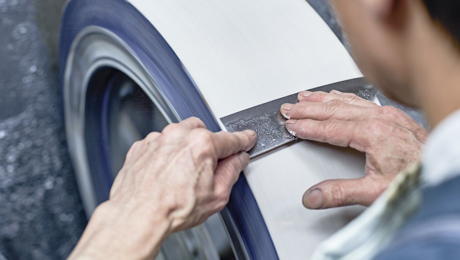