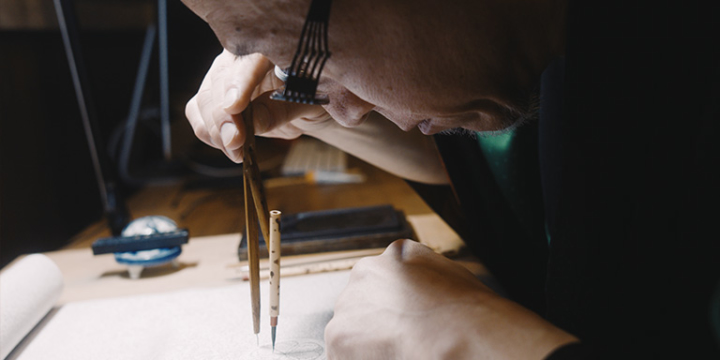 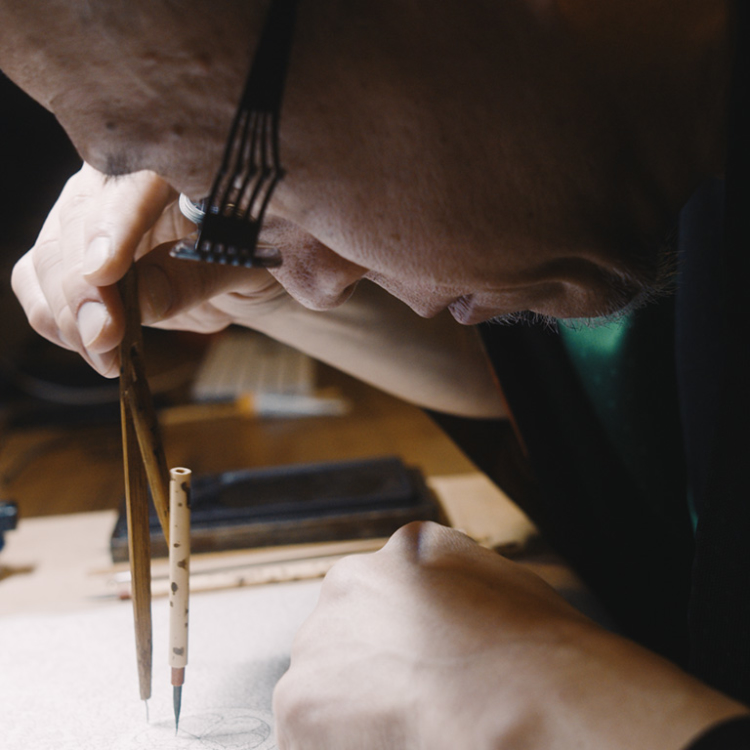 Kyogen was founded at Kyobashi in 1910 as a Mon-nori-ya, a craftsmen’s company that pastes the shape of a family crest onto kimono. Later, Kyogen became Monsho-uwaeshi, craftsmen who draw delicate family crests onto kimono using ink and brushes, and passed down their techniques for generations.

Japanese family crests originated from the culture of the Japanese nobility. Later, when samurai became prominent, crests became emblems on banners. After that, when times became peaceful, crests started to be used for ceremonial purposes. Kamishimo costumes (ceremonial clothing worn by samurai) were born during the Muromachi period, and it was during this time that family crests were drawn directly onto costumes using ink. In the Edo period, commoners, who were not allowed to carry last names, cherished family crests as the sole way to identify themselves.

While preserving the traditional techniques of drawing family crests as a Monsho-uwaeshi, Shoryu Hatoba, the third generation of Kyogen, is now active in more areas, from industrial design to art. This development began when Mr.Hatoba started producing artworks based on crest when he turned 50.

As the market demand for tomesode (married women’s formal kimono) and mourning dresses declined, kimono with crest is hardly used except on ceremonial occasions.Also, rental costumes became more common, which reduced the opportunity for people to affix crests on kimono in daily life. Even when they were added, printed crests started to become more common, rather than hand-drawn crests. Feeling these changes of times firsthand, Mr. Hatoba thought, “It is not enjoyable to continue working in these condition,” and so he decided to work on something new.

From this decision, a new expression of family crests was born, where the Edo technique of skillfully combining and drawing perfect circles and straight lines merged with digital technology. This new expression style was named ” Mon-Mandara”, and began being popularly used for commercial complex logos, fashion/accessories, and product packages. In other areas, Mr. Hatoba also started making artworks using family crests that undermined conventional notions. While he is a craftsman who passes on traditions, his talent as a designer has also started to bloom.
Mr. Hatoba says, “I want the tradition to be passed down in a cool fashion.” His free creativity and design now enchant people from Japan and the rest of the world. 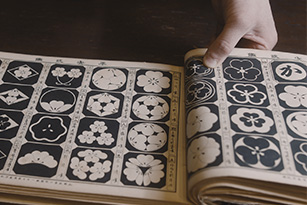 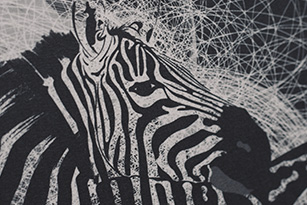 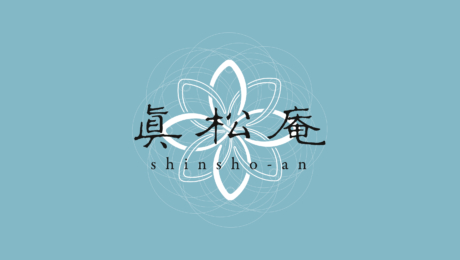 Based on the concept of “family crests as designs,” Kyo... 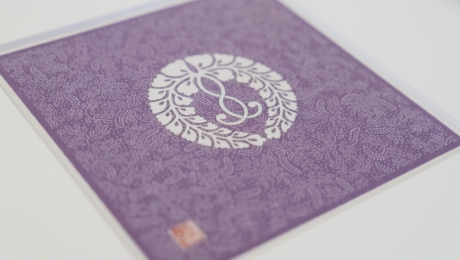 The culture of Kamon (family crest) which manifests the Japanese virtue. World-class ...

The Japanese “crests” full of the heart of cr... 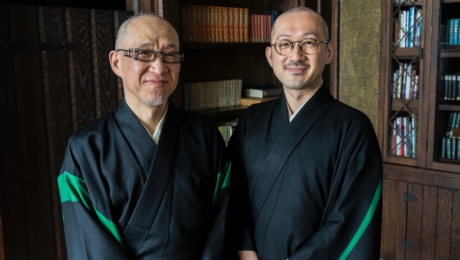 Kyogen transmits the new value of family emblems as design and art. The source of RET... 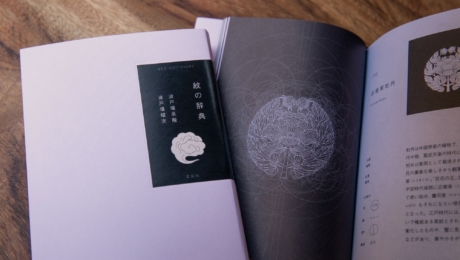 The intricacies of “Family Crest” designs, depicted in a single book.

The book “The Crest Dictionary”, published in December by... 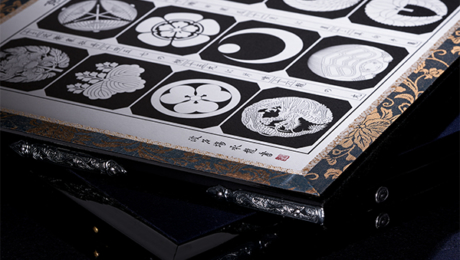 Here, we will be introducing the “Folding Screen S ‘Haned... 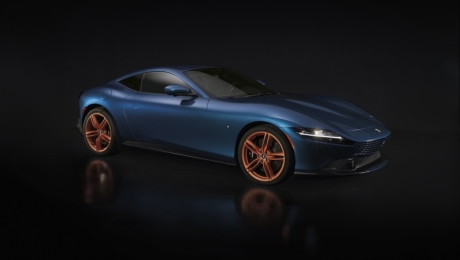 [Kyogen] Engraved on the World’s Only Super-Luxury Car Built With Traditional Japanes... 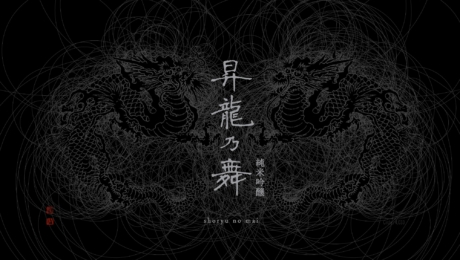 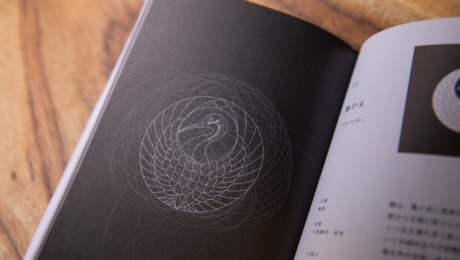 [Kyogen] Talk Event to Commemorate the 1st Anniversary of the Publication of Mon n...