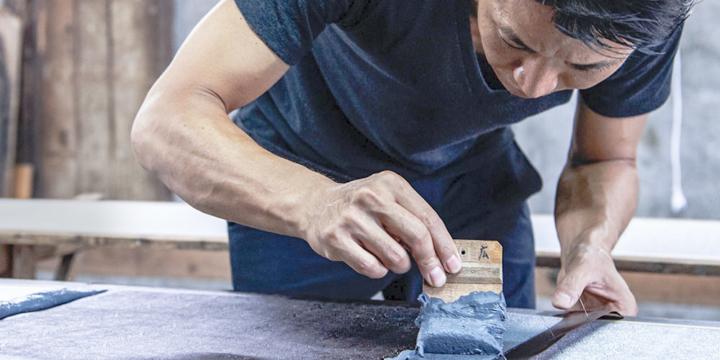 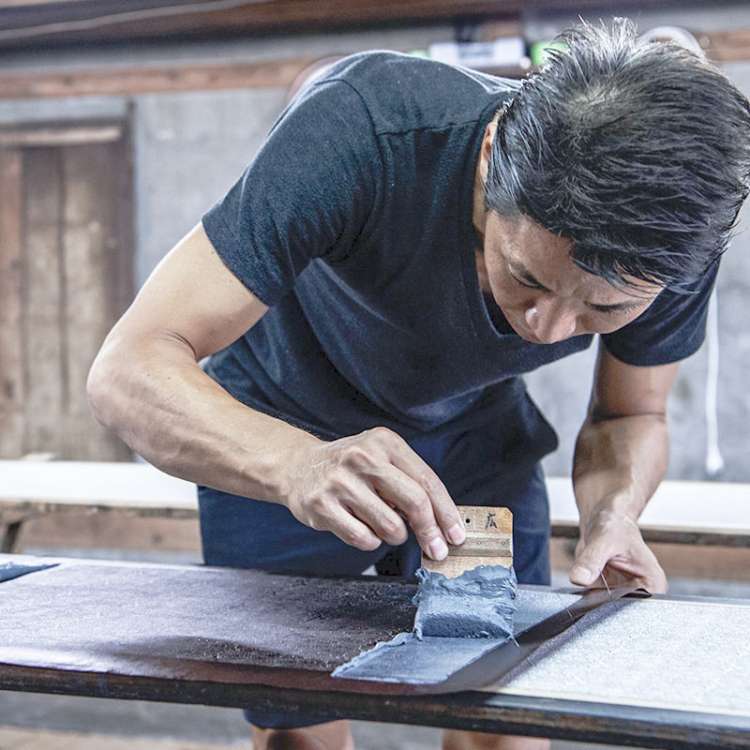 Founded in 1918, Hirose Dyeworks has specialized in dyeing Edo Komon patterns for over a century. Edo Komon is a type of kimono patterns that originates from samurai’s ceremonial clothes. Patterns are consistently very fine—so fine that an Edo Komon-patterned cloth may look like solid-color at a glance. The patterns are also precise, and a uniform pattern is dyed on an entire roll of cloth. Edo Komon is characterized by understated subtleness—rather like a person’s disposition preferred by Japanese—quite the opposite of boasting an elaborate, ornate design.

The most typical example is the dyeing method called “double-side dyeing,” with which, on both sides of an extremely thin silk cloth, entirely different colors and patterns are dyed. The method requires an extremely high level of technique, and the result is a very refined kimono whose inside, not seen at all usually, is stylishly dyed albeit understated.

Yuichi Hirose, the fourth-generation owner of Hirose Dyeworks, is a young dyeing artisan who inherits the traditional technique and spirit of Edo Komon and applies them to the modern times. Before he became a dyeing artisan, he was an avid windsurfer, skilled enough to be chosen as a certified athlete for training for the Olympics. After racking his brains on whether to pursue windsurfing to become the world’s best in it, or aim to be the same as an Edo Komon dyeing artisan, he made up his mind in favor of the latter, to follow in the steps of his father, the third-generation owner of the business, whom he had constantly looked up to since his childhood.

After harboring a clear objective of letting the whole world know the appeals of Edo Komon, Hirose began one initiative after another. In 2011, for instance, he launched“comment?”, a brand of women’s stoles, as well as opening up other non-kimono possibilities of applying Edo Komon. In 2014, he delivered a speech and a demonstration on Edo Komon in France, while at the same time participating with exhibits in Premiere Vision Paris, one of the world’s most prestigious textile trade shows.

Hirose has thus been challenging himself fully to ride the currents of the wide world. Marking the 100th anniversary of its founding in 2018, an old Japanese dyeing factory is bravely and smartly going across the oceans, riding a fair wind. 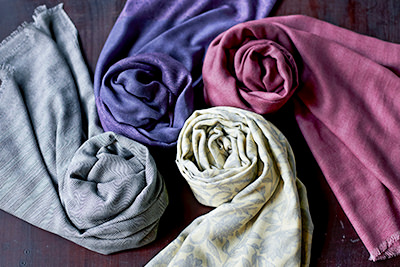 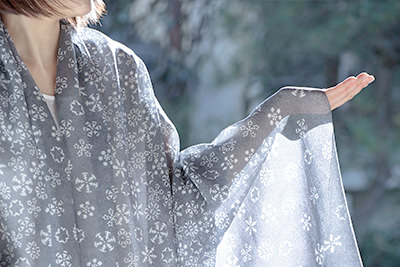 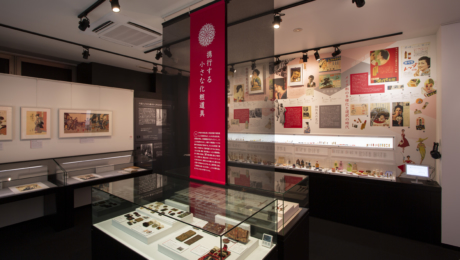 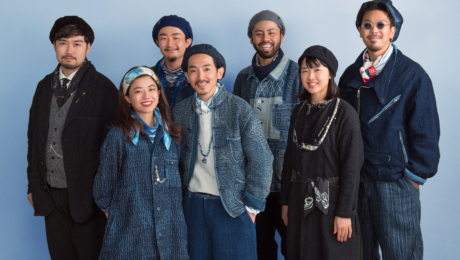 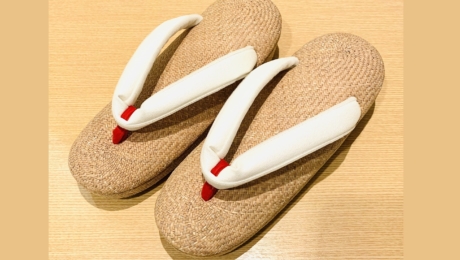 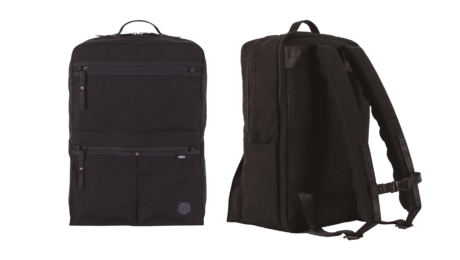